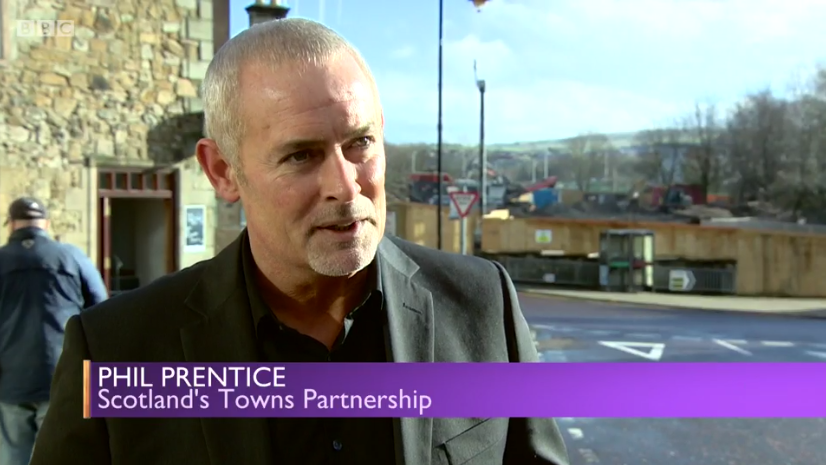 With the backing of a consortium of key organisations, the project would see a range of renewable energy sources being harnessed to make the town energetically self-sustainable, concomitantly creating good quality jobs in the area.

Cllr Elena Whitham of East Ayrshire Council said that hydroelectric, solar energy and mass boilers could all be part of the solution. Biomass from crops was also cited as a potential new energy source for the town. “There’s lots of Cumnocks throughout Scotland, and we need to be looking to how we can futureproof the economy in these areas,” she stated.

Local resident Bobby Grierson added that this would be a five year plan, and that “it’s important for the local community to be involved in the decision-making about the future of the community of Cumnock”. He also spoke of the success of recent community events and engagement initiatives.

Chief Officer of Scotland’s Towns Partnership, Phil Prentice, meanwhile explained the rationale of the project, which could help the Scottish Government to meet its ambitious carbon emissions targets.

“Close by, you’ve got very successful towns that have re-invented around a theme. If you cross down into Dumfries and Galloway you’ve got Castle Douglas, which is a similar size [to Cumnock]: it’s now the food capital of the south of Scotland”.

“Further on down you’ve got Kirkcudbright, which is Scotland’s artist capital, and then next to that, you’ve got Wigtown which is the nation’s book capital. So why can’t Cumnock come together and become Scotland’s first sustainable town?”

The report was also initially available on BBC I-Player here.

For more information about the Cumnock Green Town pilot, or the work of Scotland’s Towns Partnership in supporting Scotland’s towns, please contact us or visit our website.