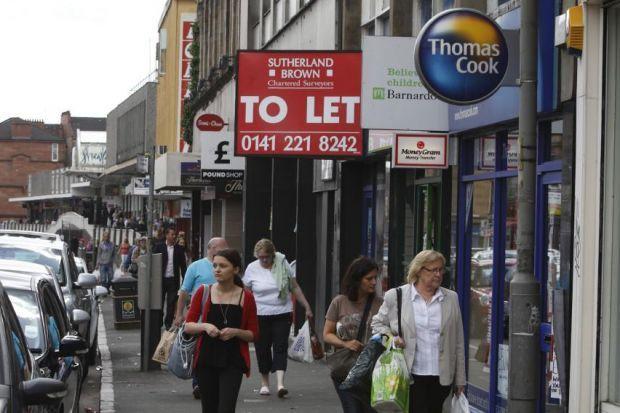 BUSINESS rates are crippling Scotland's high streets, are responsible for widespread job losses and in need of urgent reform, retail leaders have claimed.

On the back of the commission into a replacement for the council tax, the Scottish Retail Consortium (SRC) has called on ministers and MSPs to overhaul business rates.

The SRC said it had set out a range of measures for the reform of the £2.8 billion business rates tax for inclusion as an early priority in the next administration’s programme for government after the 2016 Scottish elections.

It comes as growing numbers of businesses and representative organisations, including the Scottish Chambers of Commerce, Scottish Property Federation, Association of Town and City Management Scotland, and the Scottish Grocers’ Federation, make the case for the fundamental reform of business rates in Scotland.

Earlier this week, leading thinktank Reform Scotland called for councils to be given full control over the setting of business rates, as well as given local government power to scrap council tax and replace with whatever levies it believes appropriate.

Recommendations on the overhaul of the council tax are expected in the coming months.

The SRC said business rates paid by retail in Scotland had increased by 30 per cent between 2009 and 2014, during which time there has been 1,800 fewer shops with vacancy rates ‘stuck’ at one in 10 shops.

In 2005, it claims, business rates made up around one-third of all taxes borne by retailers but by 2014 this had grown to nearly 50 per cent.

Amongst the recommended measures are the introduction of more frequent revaluations, a lower retail-specific poundage, empty property relief for premises undergoing investment and refurbishment and a wide range of administrative improvements including standardised online billing.

SRC director David Lonsdale, said: "There is a strong and growing consensus across business and industry in Scotland that the current business rates system is inadequate to the task, out of date, no longer fit for purpose and in serious need of fundamental reform.

"The system is a tax on jobs and growth, undermining investment in property, especially in town centres and high streets. There is no greater pressing issue for the retail industry in Scotland than the prohibitive burden of business rates, which has moved in the eyes of many retailers from an irritation to mission critical in recent years.

"This is not just a problem for businesses, store closures have a significant and detrimental impact on communities and town centres and lead to a loss in government revenue through other taxes."