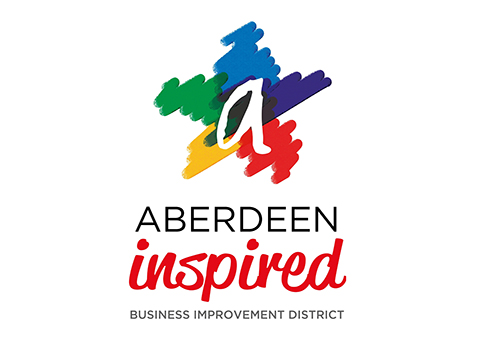 Aberdeen Inspired today announced that the city and its walls will once again act as the canvas to a host of world class street artists as part Nuart Aberdeen 2022 which is set to return to the city from Thursday 9 until Sunday 12 June.

Brought to the city by the Business Improvement District, Aberdeen Inspired and Aberdeen City Council, the multi-award winning Nuart Aberdeen has transformed the streetscape of the Granite City.

Over the course of four years, more than thirty street artists hailing from the USA, Europe, Australia, South America and the UK have created staggering works of art on the city’s walls, pavements, billboards and even potholes, transforming the city centre into an outdoor public gallery featuring everything from golfers to leopards.

From the first momentous mural produced by duo Herakut at the Green in 2017 to the massive stunning portrait of a couple and their baby painted on the gable end of the Meridian building on Union Row by UK artist Helen Burr in August last year, one thing that is clear is that people really love the art and think of it as part of the city.

Commenting on the return of the festival, Adrian Watson, chief executive of Aberdeen Inspired said “Nuart Aberdeen is a festival unlike any other seen in the city, it has a mass appeal and it inspires people of all ages to enjoy art in their own way at their own pace.

“We are delighted to be bringing the festival back to the city centre this year and locals and visitors can expect to see work from some of the finest internationally acclaimed street artists.

“The importance of events like Nuart Aberdeen to the recovery of the city centre cannot be underestimated.  City centre businesses from hotels to restaurants and shops will enjoy a much needed boost to the local economy as a direct result of Nuart Aberdeen.  We not only expect to welcome thousands of visitors over the course of the festival weekend, but indeed year-round people will flock to the city to take in the art, go on a public walking tour and enjoy all the city centre has to offer.

“Nuart Aberdeen has firmly placed Aberdeen on the global stage as a destination of choice for street art enthusiasts.  This coupled with our developing food scene, café culture, reopening of Union Terrace gardens, superb theatres, clubs and pubs and other attractions all help to position Aberdeen as a great place to live, work and visit.”

Hailing from Stavanger in Norway, the first Nuart festival took place in 2001 under the direction and curation of its creator Martyn Reed whose ambition has always been to bring art to the masses.

Martyn commented, "It's been a rough couple of years and having to cancel the 2020 edition a month before the launch was absolutely demoralising. The team had worked so hard getting plans into place with so many local businesses, partners and volunteers. But this paled into insignificance compared with the challenges we all faced individually and collectively as the reality of the pandemic became clear. I think many of us, cities included, became more insular, siloed and simply focussed on getting through a major global crisis.

“But even through all of this, we managed to stay connected to friends and our extended family and network in Aberdeen, which was always more than "business". Returning to "reconnect" was always a light at the end of the corona tunnel, and I can't adequately express how happy we are to be back

amongst those friends and family who kept things moving through 2020 and 2021.

“We've asked the artists and guests to consider this theme of "Reconnect" for 2022. Reconnecting with each other, with public space, with dreams and hope for the future. Hopefully Nuart Aberdeen can help in easing some of the collective anxiety we've all been feeling these past few years and bring back a sense of community. I don't want to make any grand claims about art’s place in the grand scheme of things, we’d just like the people of Aberdeen to know we're going to do our best to bring something special back to a city we regard as home."

The festival weekend will feature a full festival line up of street art productions, events, community workshops, creative spaces, talks, conference programme, and tours and is shaping up to be the most exciting festival to date.

Thousands of people are expected to head into the city centre over the course of the weekend to take in the murals and installations created by the artists and enjoy all that is on offer as part of the festival experience.

Aberdeen City Council are a key funding partner for the festival and Aberdeen City Council Leader, Jenny Laing told us “The city is delighted to welcome back Nuart Aberdeen, and I expect residents and the public at large will be excited by the announcement that the festival is back.  As a major funding partner, it has been incredibly pleasing to see the impact Nuart Aberdeen has on the city. It has truly captured the hearts and minds of the public and we hope to continue to build on that success to further position Aberdeen as a city with a rich and varied cultural offering that locals and visitors from near and far can enjoy.”

Critical to making the festival a success are walls.  Organisers Aberdeen Inspired are appealing to property owners to become part of the truly transformative event through putting forward potential walls for artists to make their own during the festival. In particular they are still on the hunt for a few big external city centre walls in good condition, visible to the public and not granite or listed.  To submit a wall, please send an email to [email protected] with the following information: a photo of the wall, address and approximate dimensions of the wall.