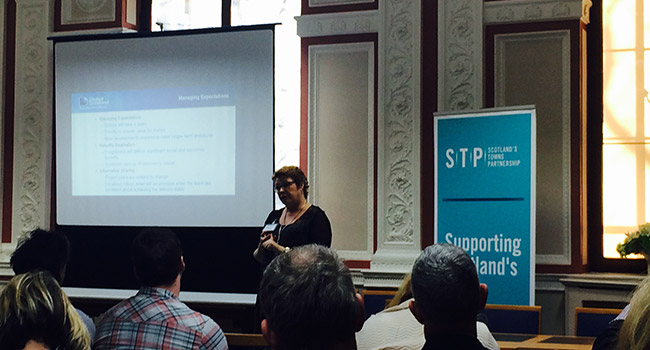 STP have facilitated a development session in Glasgow and has since held two Digital Towns Workshops in Edinburgh and Dundee.

A development session facilitated by STP involving major digital suppliers and Scottish Government was held in Glasgow in February and since then STP has also held two Digital Towns Workshops in Dundee and Edinburgh.

We are now discussing the potential of some digital pilot projects along with a second forum to see what types of solutions could be deployed to support Scotland's Towns.

A number of BIDs and Local Authorities have already signed up with our partners, Social I Street and Miconex, examples include Kirkcaldy and Dunfermline BIDs and MiDundee and MiPerthshire.