On 15th and 16th June 2016 Scotland will play host to The World Towns Leadership Summit - the first ever global gathering of civic officials, architects, planners, economists, culture & heritage professionals and campaigners on towns and urban neighbourhoods. They will share areas of concern, explore new opportunities, and discuss and collaborate on the new alliances and approaches essential for a strong competitive economy combined with a fairer, more equal society.

A key feature of the summit is the chance to discover urban transformation first hand in special Study Tours. Delegates will be able to sign up to visit one of five unique town or city districts in Scotland. From the town of Adam Smith’s birthplace to Scotland’s smart cities of the future, discover how identity, governance, environment, and economy are being harnessed to rejuvenate urban areas with local strategies which have global implications.

Each of these visits is supported by local authorities and key organisations from across sectors, who are working together to successfully transform their town centres and city districts. Attending these visits will allow local and international delegates to learn lessons, discuss strategies from their own towns and cities, and exchange key ideas for shaping a new global agenda on urban development.

“Scotland is a nation of towns. At the World Towns Leadership Summit study tours, a diverse range of local organisations will showcase their work toward make each of our towns and city districts special places with resilient local economies and environments which promote people’s wellbeing. We will also look to discuss and develop strategies with our international peers, in order to help shape a new global agenda on towns”.

The five locations which delegates can choose between to visit are as follows:

Falkirk – this historic town sits at the joining of a key piece of national infrastructure: the Union and the Forth and Clyde canals. These are connected by the Falkirk Wheel boat lift, the world's first and only rotating boat lift and an engineering masterpiece which transports boats 115 ft between the different levels. Opened in 2002, it linked the two canals for the first time since the 1930s.

Falkirk and the surrounding area is bursting with brilliant contrasts. The area boasts some outstanding attractions, including The Kelpies, The Helix, The Falkirk Wheel, Bo’ness and Kinneil Railway, the Antonine Wall, and The John Muir Way to name but a few. 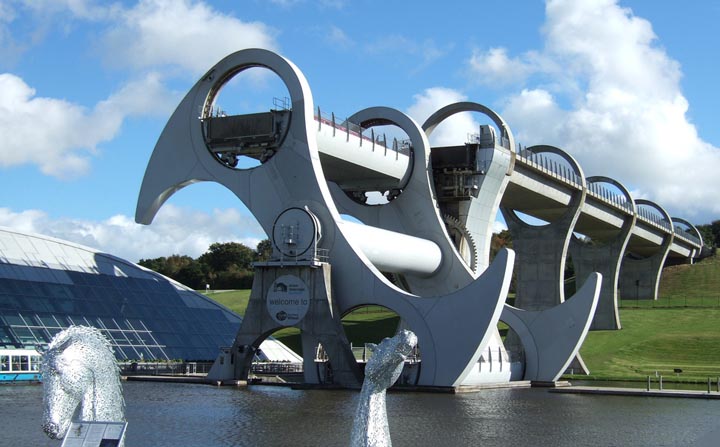 Grassmarket (Edinburgh Old Town) – Steeped in some of Edinburgh’s oldest history and most curious stories, Edinburgh’s Grassmarket is only a minute's walk from the popular Royal Mile and visitor favourite, the National Museum of Scotland. Stroll along the old George IV Bridge, where you’ll meet the famous Greyfriars Bobby, before walking through some of Edinburgh’s historic and most photographed streets including Candlemaker Row, Victoria Street, West Port and our famous view of the great Edinburgh Castle.

A site of civic and economic interaction for centuries, come and learn about what work local authorities and the Greater Grassmarket Business Improvement District are doing to ensure the ongoing popularity and local environmental quality of this historic site in modern times. 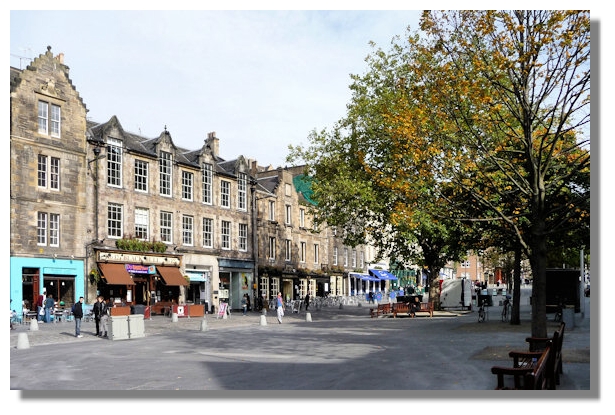 Glasgow – A powerhouse of the Scottish economy and successful host of the 2014 Commonwealth Games, Scotland’s largest city is a cultural, sporting and academic heart of Scotland and one of Europe’s most vibrant and cosmopolitan cities. Once known for its industrial might, Glasgow is rapidly becoming a smart city of the future, positioning itself at the forefront of technology integration and application.

On the Glasgow Study Tour you will have the opportunity to hear about the history and transformation of Glasgow City Centre, about the new City Strategy 'Getting Ahead of Change' and about Glasgow's City Deal. Walk through the city centre mural trail weaving through major developments such as the Technology and Innovation Centre, the Merchant City and Saltmarket. Finally, relax in the magnificent City Chambers before returning to Edinburgh.

Haddington – Haddington has the ambition to have the ‘Best Town Square in Scotland’ by 2020. Spared comprehensive redevelopment when a town bypass was created in the 1930s, Haddington has one of the best preserved historic town centres in the country. In recent years the Town Centre has been the target of extensive public and private investment, bringing vacant properties back into use and carrying out comprehensive building repairs; however there is still a lot to do.

Join us in Haddington to see how the Local Authority is working in partnership with the community to create a Historic Town Centre for the 21st Century, one which builds on the past to create an unrivalled environment in which to live, work, and do business. 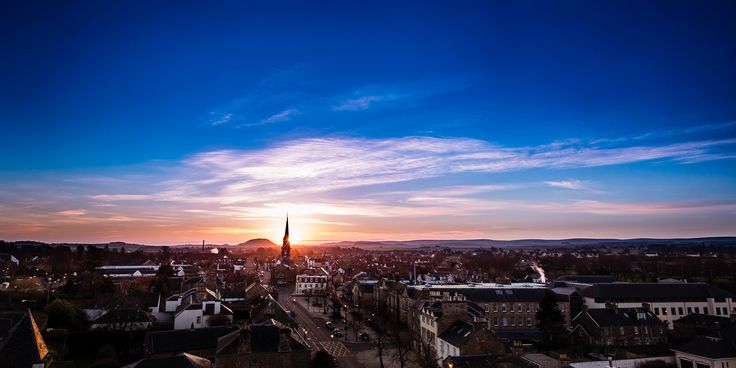 Kirkcaldy – Kirkcaldy, the lang toun (long town), is a great place to visit for culture and history. The world famous economist and moral philosopher Adam Smith was born and raised in Kirkcaldy. Come and see where the young Smith grew up and where he wrote his seminal work, The Wealth of Nations.

On this study tour, take the train over the spectacular Forth Rail Bridge of the Firth of Forth and around the Fife Coast to Kirkcaldy. Come and see how a public-private partnership (Kirkcaldy Ambitions) is working to regenerate, revitalise and reimagine Kirkcaldy for the 21st Century. Visit the newly opened headquarters of the Adam Smith Global Foundation; speak to representatives from the local Business Improvement District, Kirkcaldy4All and leaders of the Kirkcaldy Ambitions Group. Witness the physical regeneration of the town centre in action and learn about the renaissance of the town.