From global thread making capital to the next cultural capital of Scotland: Paisley's bid to be the next UK City of Culture 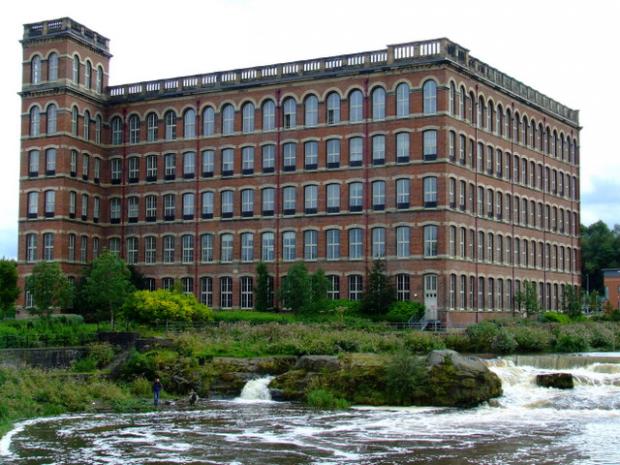 EVEN its biggest supporters concede that Paisley has its problems.

Although it has been shaking off its reputation as a hotbed for violent crime with murders, assaults, drug and knife crimes all falling in recent years, the stubborn scars of deprivation have been slower to heal.

In 2012, the Scottish Index of Multiple Deprivation named Ferguslie Park in Paisley as Scotland's most deprived area according to a measurement that correlates employment, income, health, education, access to services, crime and housing.

More than one in five children in Renfrewshire grows up in poverty, rising to nearly one in three in Paisley North West.

A baby boy born in Ferguslie Park will on average live 16.4 years less than his neighbour born in nearby Bishopton.

Competition from out of town supermarkets saw Paisley's once thriving town centre reduced to a shadow of its former self with one in four retail units empty at the beginning of the recession. Austerity has bitten the community hard as well, with Paisley home to Scotland's third busiest foodbank and some local shops allowing struggling customer to purchase a single egg because they cannot afford to buy a full half-dozen box.

But for those backing the drive, the title promises an opportunity not only to revive the town's fortunes but to reveal a rich heritage and thriving arts scene to people living in and outside Paisley.

Mark Macmillan, leader of Renfrewshire Council, said: "Paisley's bid for UK City of Culture will take the town's internationally-significant collection of heritage and cultural assets and use them to retell our story to the world.

"As well as the globally-recognised Paisley Pattern, we also have one of Scotland’s finest collections of listed buildings.

"Throw in our location and transport links and thriving local cultural scene, as well as the achievements of individuals like Gerry Rafferty, John Byrne, Paolo Nutini and David Tennant, and we have the ingredients of a winning bid.

"For its size, Paisley's contribution to the world has been massive and I don't want us to be shy in shouting about it.

“Of course we can’t and won’t hide from the fact Paisley has challenges - we have pockets of serious deprivation and the town's High Street has suffered from changes in shopping behaviour in the past two decades.

"But bidding for UK City of Culture is a powerful means to tackle those issues."

The inaugural winner of the prize was Derry in 2013, a city once scarred by the sectarian faultlines of the Troubles and the Bloody Sunday massacre.

Organisers were praised for refusing to airbrush over the city's past while putting music, movies, concerts and the arts firmly in ahead of the bombs and bullets of the past.

At the time, Derry-born film producer Andrew Eaton, whose father was killed by the IRA, likened the city of culture experience to "some South-African-style truth and reconciliation process" propelled by "a belief that art really can change society".

It also hosted the Turner Prize, the first time the modern art accolade had been unveiled outside of England, and summer hotel occupancy hit record levels during what was dubbed a "year-long party" for Derry.

In 2017, Hull will become the second UK City of Culture after beating off competition from Dundee. Although Dundee was considered the better bid on paper, Hull - whose patterns of deprivation and de-industrialisation mirror Paisley - was seen as the candidate with most to gain.

"Early evidence shows 2017 winners Hull have already seen an increase in tourism and hotel occupancy, while Derry's 2013 UK City of Culture year fostered a new sense of community in a city with a divided past," said Macmillan.

“So for us the benefits of winning would be far-reaching – it would put the town on the map as an international destination, change perceptions of Paisley, build local pride, re-energise our town centre, and bring people together.

“Renfrewshire Council already has ambitious long-term regeneration plans for the area based around culture and heritage, and aims to deliver on those whether we win or not – but City of Culture status would turbocharge that process.

"But the people with the power to make all of this happen are the people of Paisley - this bid will be led by them and delivered for them, and we want them to get behind it and the benefits it will bring."

Professor Paul Martin, Principal of the University of the West of Scotland (UWS) - formerly known as Paisley university - said City of Culture and its associated projects "have the potential to really enhance the town’s status".

The university campus is home to 7000 students and 1300 staff, and was estimated recently to contribute £129 million per annum to the Renfrewshire economy.

A competition launched earlier this year by UWS’s Creative Media Academy asked artists to create a new piece of work for the town to support its City of Culture bid.

The competition gained international attention and the winning entry, by designers ‘boredomresearch’ , tapped into Paisley’s 19th Century status as a world centre for thread-making by using genetics to create unique digital versions of the Paisley pattern for every person living on earth.

The City of Culture award is open to large towns as well as cities, but so far Paisley is the only Scottish conurbation to signal its intent to bid for the 2021 title, and will officially fire the starting gun with a series of events in November. So far, its main competition looks to be Coventry and Sunderland.

If selected, it would hold the title 31 years on from neighbouring Glasgow's watershed year as European Capital of Culture, an accolade that marked the beginning of its image overhaul from mean streets to cosmopolitan powerhouse.

Glasgow still has its problems with crime and deprivation, but it also has the best-attended museums, the most top concert venues and concerts, and the largest live-production base for the theatre outside London. It boasts Scotland's fastest growing restaurant scene, and a retail 'Style Mile' that lures shopaholics from all over Scotland and England too.

David Wallace, executive director of Paisley Arts Centre (PACE) chair of the Creative Renfrewshire Network, said Paisley already has the ingredients to be a creative and cultural hub.

He said: "Paisley is a beautiful town with amazing architecture, amazing heritage, we've got tremendous architectural assets at the centre of the town, we'd be the envy of towns and cities all over the UK.

"There's a perception of our town that is an incorrect perception, and to have the opportunity to change that perception and to have people realise what a beautiful town we have really excites me."

He added: "Paisley is a beautiful town, it's not like we're trying to rebuild something here - we're trying to say to people 'look'. Don't come with a preconceived notion but come and wander round and see the magnificent heritage and history and architecture that we have here in the town.

"But of course, it is also about the regeneration of our town centre. Silverburn and Braehead are not going anywhere, so we have to go back to what was so special about our town, and that is that it's a tremendous visitor destination and it can only get better through the process of becoming Scotland's first city of culture.

"It's chicken and egg: the more we make this an exciting, vibrant visitor location the more people will come which will, I hope and believe, start to encourage more niche businesses to commit to Paisley town centre. More eateries, more restaurants, more bars, more artisans, that kind of niche-type smaller business will be attracted to the town centre because of the visitor offer we've got.

"When it was first talked about there were a few people who said 'this is crazy', but over the past six to 12 months the enormous feeling of goodwill and pride and excitement - it really has taken me by surprise.

"There will always be detractors, there will always be the 'aye rights', but I believe the vast majority of buddies and people from Renfrewshire and those who have left and still have a love of the town will be on board with this.

"But it's not only about changing the perception of Paisley on the outside, we also need to change the perception from within. As part of the bid, we've been doing a lot of work recently with young people about their cultural heritage and the history of the town, and they were all amazed saying 'we didn't know that the Abbey was 850 years old' or 'we didn't know that the first king of Scotland was born here'. So they're discovering something new about their town and it's great."

Tory Prime Minister Benjamin Disraeli famously warned "keep your eye on Paisley" as the town earned a reputation in the 19th century as a hotbed of early trade unionism and political radicalism.