Halliday Fraser Munro appoints one of Scotland’s Most Prominent Architects 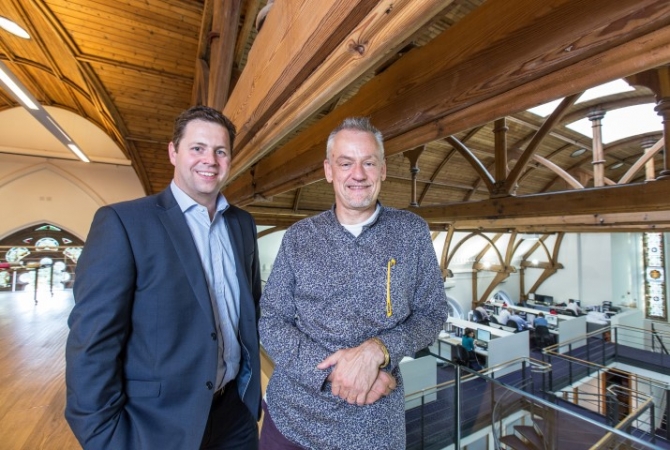 Renowned for high profile masterplanning, cultural renewal and regeneration work, Mr Fraser joins the practice following the closure of his own practice after 22 years in business in a move that shocked many in architectural circles.

David Halliday, managing director, Halliday Fraser Munro, said: “Malcolm has been a leading force in Scottish architecture for many years. We are thrilled that he is joining us as we seek to strengthen our position across Scotland. He will complement our existing pool of talented architects and ensure that we continue to raise design standards in the country.

“His acknowledged authority in masterplanning, cultural renewal and regeneration work, combined with a consistent philosophical approach to the integrity of the built environment will bring an added dimension to Halliday Fraser Munro.”

Mr Fraser said: “I am looking forward to taking the creativity and integrity for which we were renowned to a firm which shares my ethos and passion and is in a strong financial position with the necessary resources to deliver major projects.”

Mr Fraser is credited with some of Edinburgh’s best known modern buildings, including Dance Base in the Grassmarket – for which he won the Stirling Prize and the Doolan award in 2002 – the Scottish Poetry Library and the Scottish Storytelling Centre on the Royal Mile.

His renewal projects include the Royal Conservatoire of Scotland Production Facilities in Glasgow, the historic Bank of Scotland headquarters, Dovecot Studios, the Edinburgh Centre for Carbon for Edinburgh University and the Burgh Halls in Linlithgow. His regeneration work has included masterplanning and community engagement in Kircudbright, Alloa, Berwick-on-Tweed, Stromness and Stornoway.

A sought-after lecturer at home and abroad, Mr Fraser has held various public and professional posts. He writes on and advocates on behalf of, politics and culture in Scotland.

Established in 1993, Halliday Fraser Munro has a staff of 75 experienced architects and town planners. With a reputation for design excellence in the residential, commercial, leisure and education sectors, the firm has been involved in prestigious projects across Scotland including the Rowett Institute of Nutrition in Aberdeen, Alford Community Campus – a flagship school in Aberdeenshire, masterplanning for a new community at Cammo in Edinburgh, The Gyle shopping centre in Edinburgh, Queens Quay Masterplan in Clydebank, Housing redevelopment at Craigmiller and student accommodation for St Andrews University.