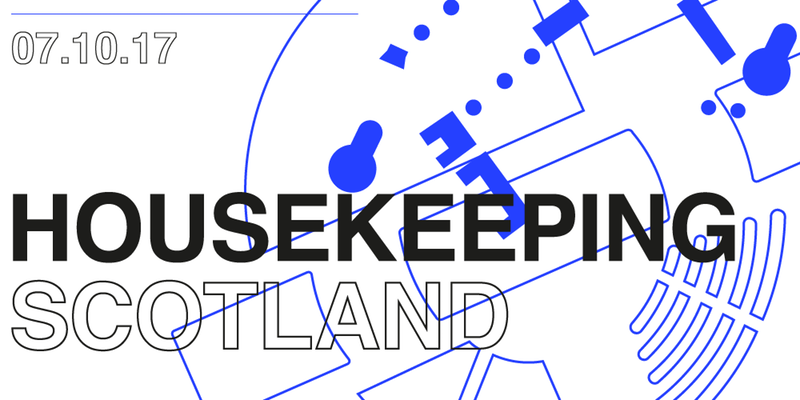 Houses are not just walls with price tags. Houses are homes, which are the centre of communities, and it is communities which form places. Event organised by Common Weal.

The Housekeeping Scotland Convention is the start of a long term Common Weal project aiming to build a genuinely transformative agenda for housing in Scotland that re-establishes homes as the beating heart of communities and places, not as financial assets for speculative gains.

This project therefore seeks to address the two facets of the housing crisis, equally pervasive: an economic one, with sky-high rents and ever-rising inequality between those with property and those without, and an alienation one, with new housing built without community in mind and the forces of gentrification and under-investment displacing and undermining communities within our built environment.

This twin crisis fused together in the tragedy of Grenfell tower, which if it does not act as a spur to fundamentally change our approach to homes, communities and places nothing will.

The aim is to have good housing with the infrastructure and public amenities that make good communities – then we can give people great homes and great communities in which to make a home.

Professor Richard Murphy is a UK chartered accountant and political economist. Richard was appointed as Professor of Practice in International Political Economy at City University in September 2015 where his academic research focuses on tax, tax gaps and tax abuse. He also directs Tax Research UK and writes, broadcasts and blogs extensively, the latter at http://www.taxresearch.org.uk/Blog/.

Robin McAlpine is Director of Common Weal, columnist at CommonSpace and author of Determination: How Scotland can become independent by 2021.

Malcolm Fraser is an award winning architect based in Edinburgh. He led and authored the Scottish Government's Town Centre Review in 2013. Fraser sits on the board of Common Weal and was spokesperson for Architects for Yes during the referendum campaign. Malcolm is author of Housekeeping Scotland: a new agenda for housing in Scotland, published by Common Weal last year.

Sarah Glynn is an academic and architect. She has been a Lecturer in Human Geography at the University of Edinburgh and a Teaching Fellow in Geography at St Andrews. She is author of Where the Other Half Lives: lower income housing in a neoliberal world, published by Pluto Press in 2009. Sarah also published Housing for a Better Nation in 2014, a Common Weal paper on a new vision for housing in Scotland.

Neil Sutherland is an Architect, Business Owner and Managing Director of MAKAR. MAKAR has pioneered a response to local renewable and often marginalised resources – timber and people - into a high skilled, high wage organisation delivering around 20 houses across Scotland per annum. MAKAR has evolved an 'engineered construction approach' which integrates design, manufacture and delivery, and delivers some of the highest energy performance housing in the country from non toxic and local resources.

Professor David Adams is the Ian Mactaggart chair of Property & Urban Studies at the University of Glasgow. He is one of Scotland's new Land Commissioners as part of the Scottish Land Commission established by the Scottish Government last year to make recommendations to the Scottish Government on land reform. His research interests focus on planning and land policy, real estate developers, speculative housebuilders, brownfield redevelopment and place quality.

Clare Symonds is the founder and Chair of Planning Democracy, which campaigns for a fair and inclusive Planning system in Scotland. Clare has been recognised in the Scottish Sustainable Development Forum’s Green List for her work to improve community engagement in Scottish planning. Clare has worked on community empowerment issues in both local government and the voluntary sector strengthening her belief that a robust, democratic planning system is crucial for shaping fairer and more sustainable places.

Kirsten Carter McKee is an architectural historian and cultural landscape specialist, lecturing at the University of Edinburgh.

Andy Wightman is Scottish Greens MSP for the Lothians and spokesperson on Local Government. Andy is a researcher and activist who is widely known for his work on land issues, and is the author of 'The Poor Has No Lawyers: Who Owns Scotland and How they Got it'.

Najimee Parveen has been Director of Positive Action Training in Housing (PATH) Scotland since 1999, a charity set up to provide training and work experience in housing-related fields of employment to people from ethnic minorities who are under-represented in the housing sector. Prior to this work Najimee has been policy and campaigns officer for the Commission for Racial Equality in Scotland and worked on a number of campaigns including “Lets Kick Racism Out of Football” and the “Visible Womens’ Campaign” which was designed to challenge stereotypes and promote positive role models of Black and Minority Ethnic (BME) women.

Chris Cook is a senior research fellow at the institute for security & resilience studies at the University College London, where his research focuses on legal structures and financial instruments. Chris works mainly in Scotland with Nordic Enterprise Trust to develop new partnership based enterprise models and related financial products and services.

The venue is wheelchair accessible. Please let us know any other arrangements which would improve access to the event. Click here for further information on accessibility.

Contact [email protected] for more information about the event.