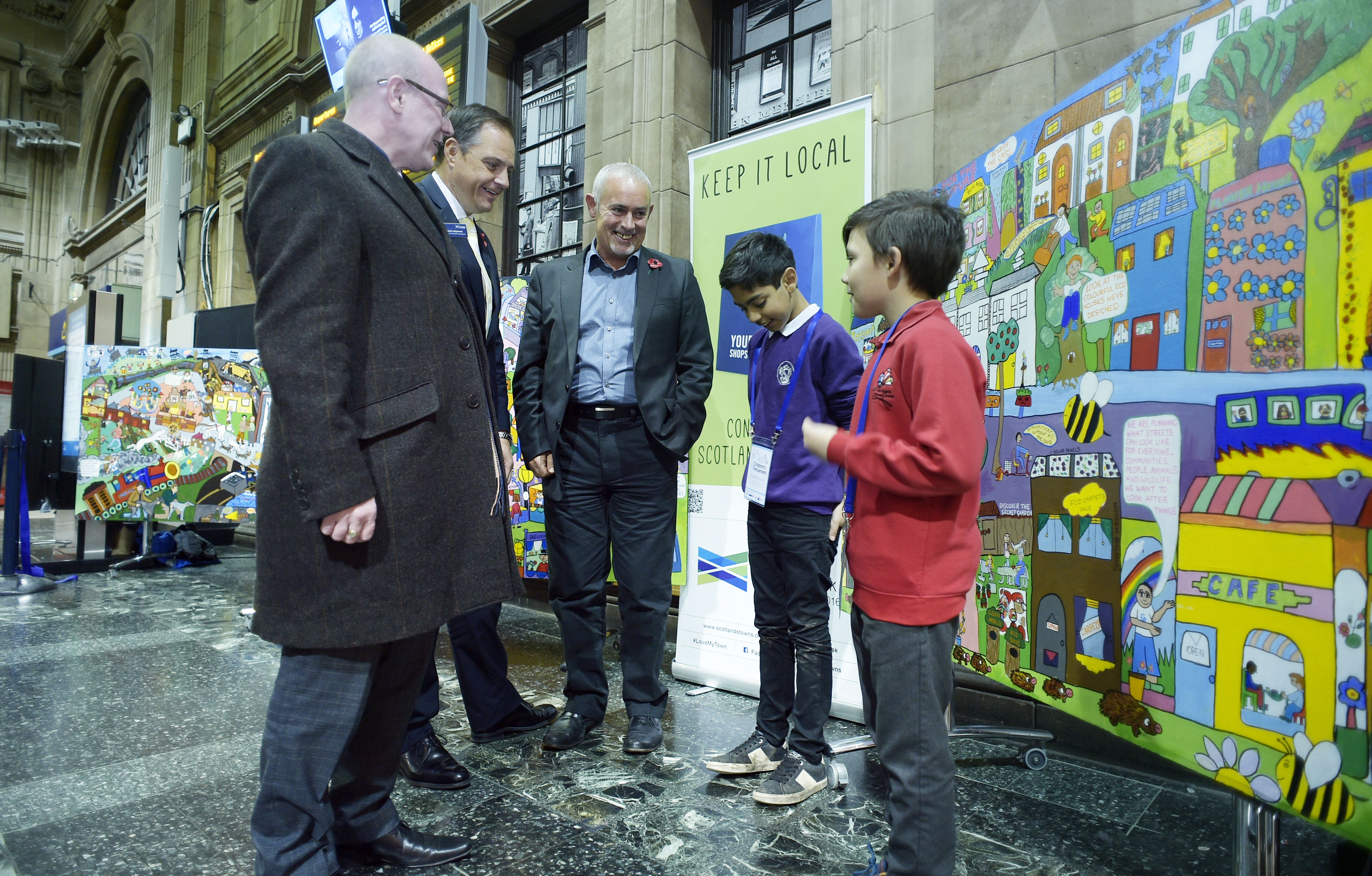 Children of the Tranent area in East Lothian and Local Government and Housing Minister, Kevin Stewart MSP, signalled the start of Scotland’s Towns Week on Monday, 7 November at 4.30 pm, with the opening of an exhibition of the children’s vision for their town.

[Please scroll down for photos]

StreetsAhead Tranent, a collaborative project with the Children’s Parliament, explored the past, present and future of Tranent and its impact on how children grow and flourish. Children aged 8 to 11 voiced their experiences and opinions about growing up in the town and worked with professional artists to create the large-scale mural to share their ideas with the world.

The project gained international recognition, with children involved in the mural’s creation invited to a UN gathering in Geneva to discuss children’s rights this summer. The mural is now in situ in Edinburgh’s Waverley Station during November and is an illustration of the important connection that we all have with our towns.

The Week is an opportunity to raise the profile of Scotland's towns and city districts through local activity and public campaigning. Last year saw many events take place during the week ranging from Christmas light switch-ons, markets, ceilidhs, a cycling competition, and a national “shop local” poster campaign in towns and in train stations across the country.

Flagship events this year include Scotland’s Towns Conference, the biggest annual gathering for all those who work to improve the country’s towns, which meets in Kirkcaldy on 9 November. Online voting for the FutureTown Design Competition also takes place through the week. The competition has shortlisted eight entries from the public which offer ideas to improve a design aspect of their local town – with submissions sent in from across Scotland.

Scotland’s Towns Partnership Chief Officer, Phil Prentice commented on the significance of the Week: “It’s important for towns to celebrate and promote their diversity and richness. Towns are no longer just about retail; they are a vibrant hub where we enjoy culture and leisure, socialise, work, live, do business and set up new enterprise.  We call on community groups, businesses and organisations to take part in promoting the best of all they do; helping to support our public appeal to ‘Keep it Local’.”

As part of the Week’s celebrations, the Partnership will be hosting its own flagship conference in Kirkcaldy on 9 November which sees 150 delegates gather from across Scotland and beyond.

Abellio ScotRail’s Managing Director Phil Verster added: "We’re delighted to support this year’s Scotland’s Towns Week event and look forward to continuing to work with the partnership. Our railway stations often play an important role in supporting the growth and regeneration of local towns for the benefit of our local communities. I’m sure our customers coming through Waverley will love seeing the Streets Ahead Mural. ” 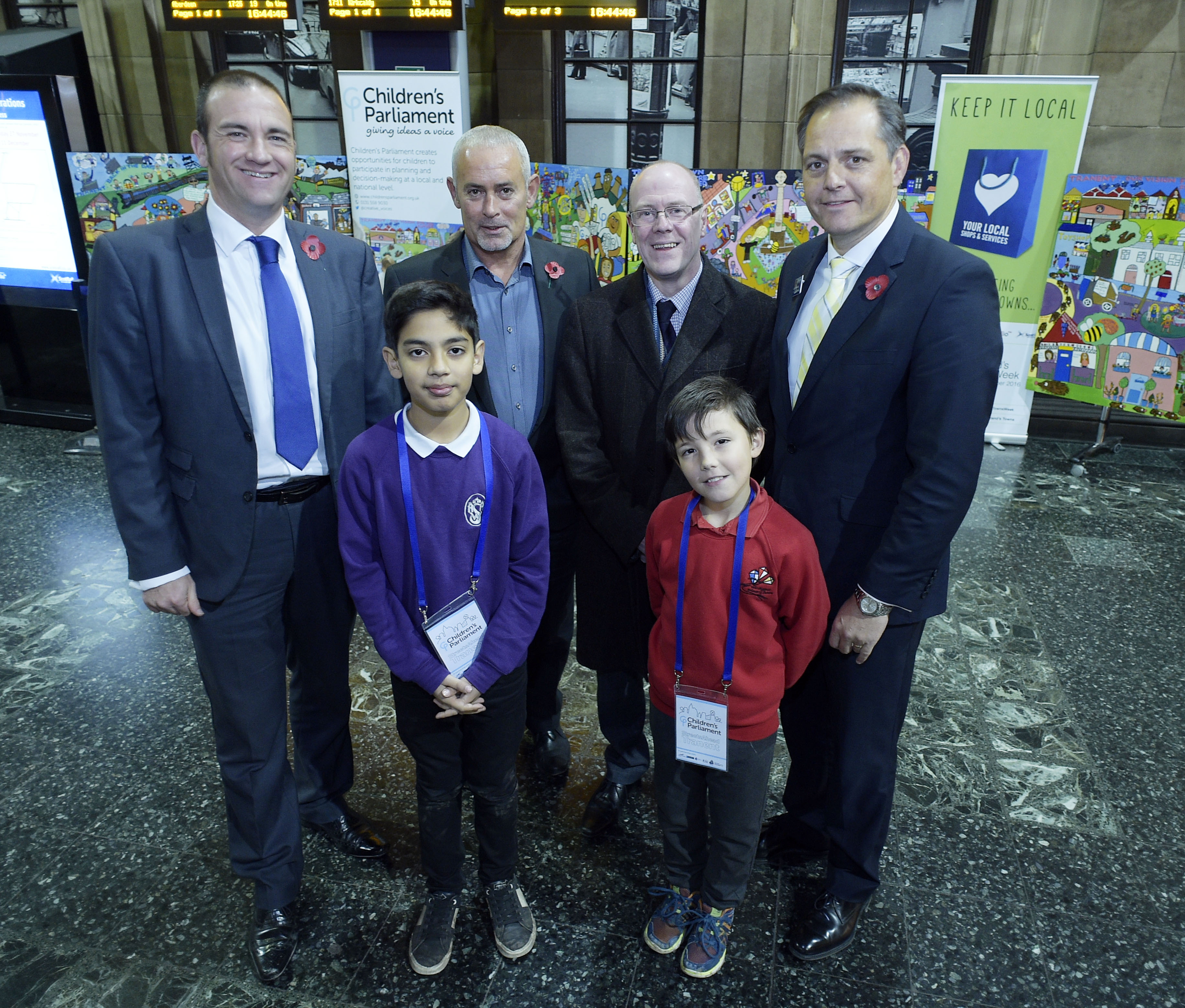 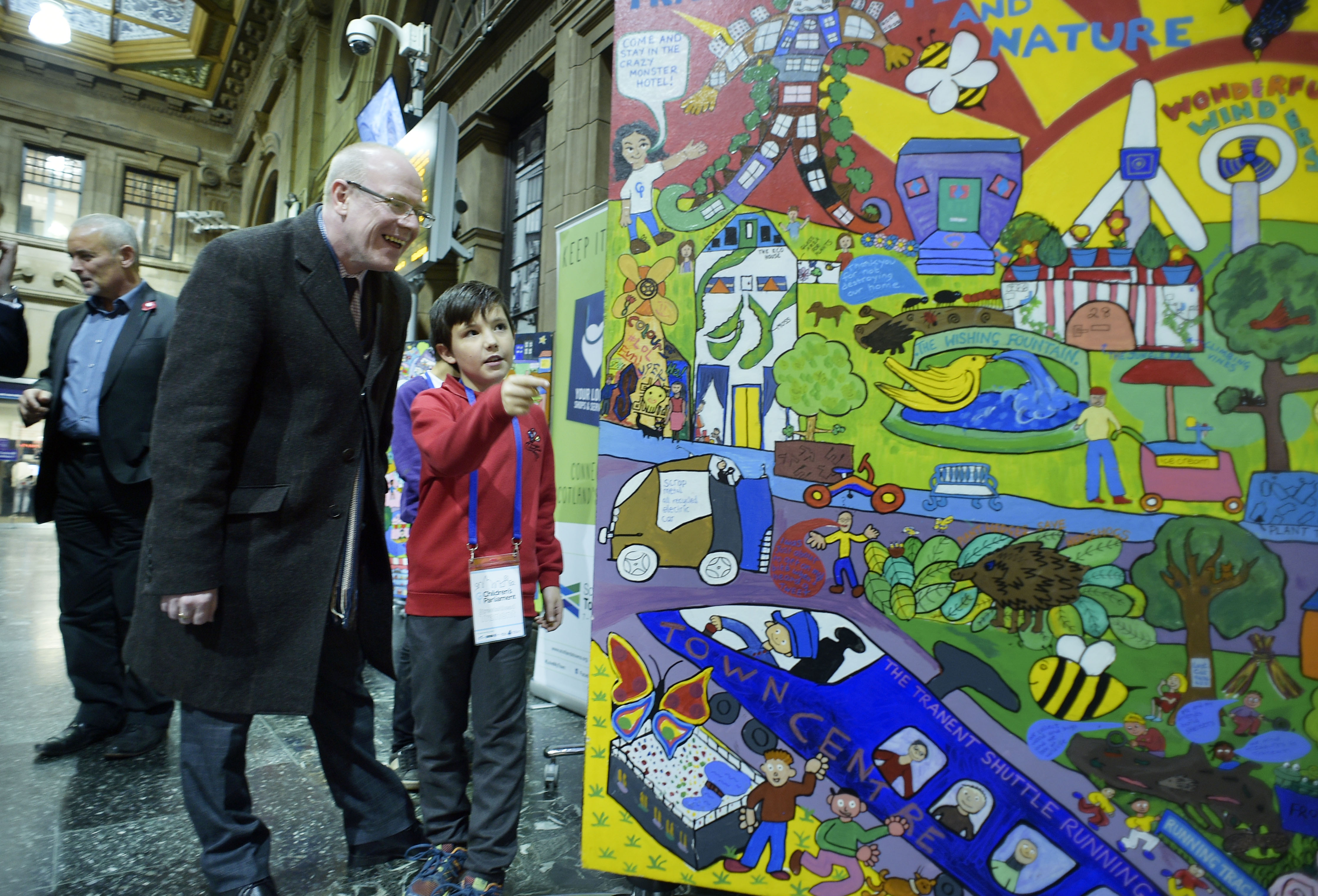 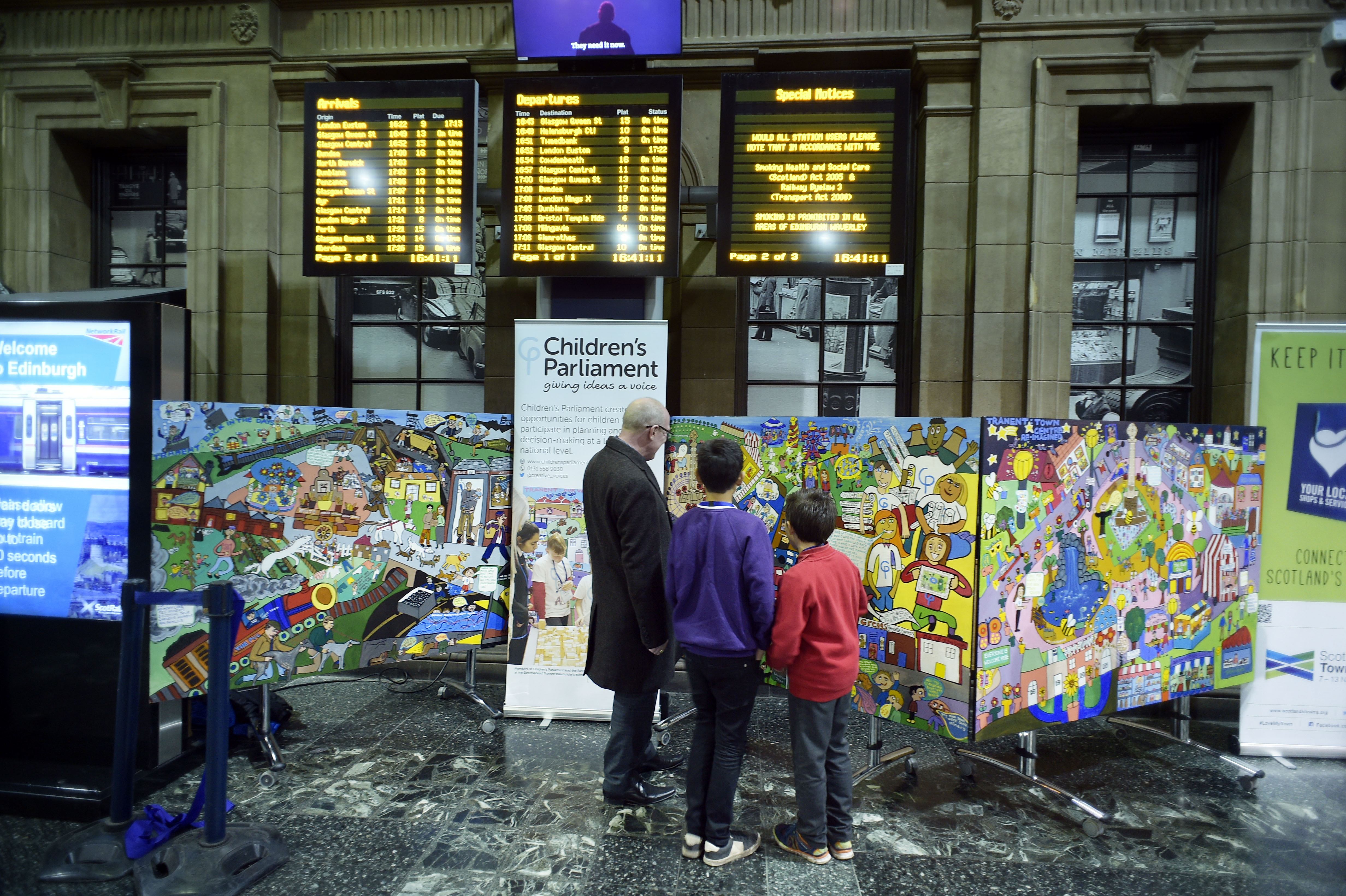 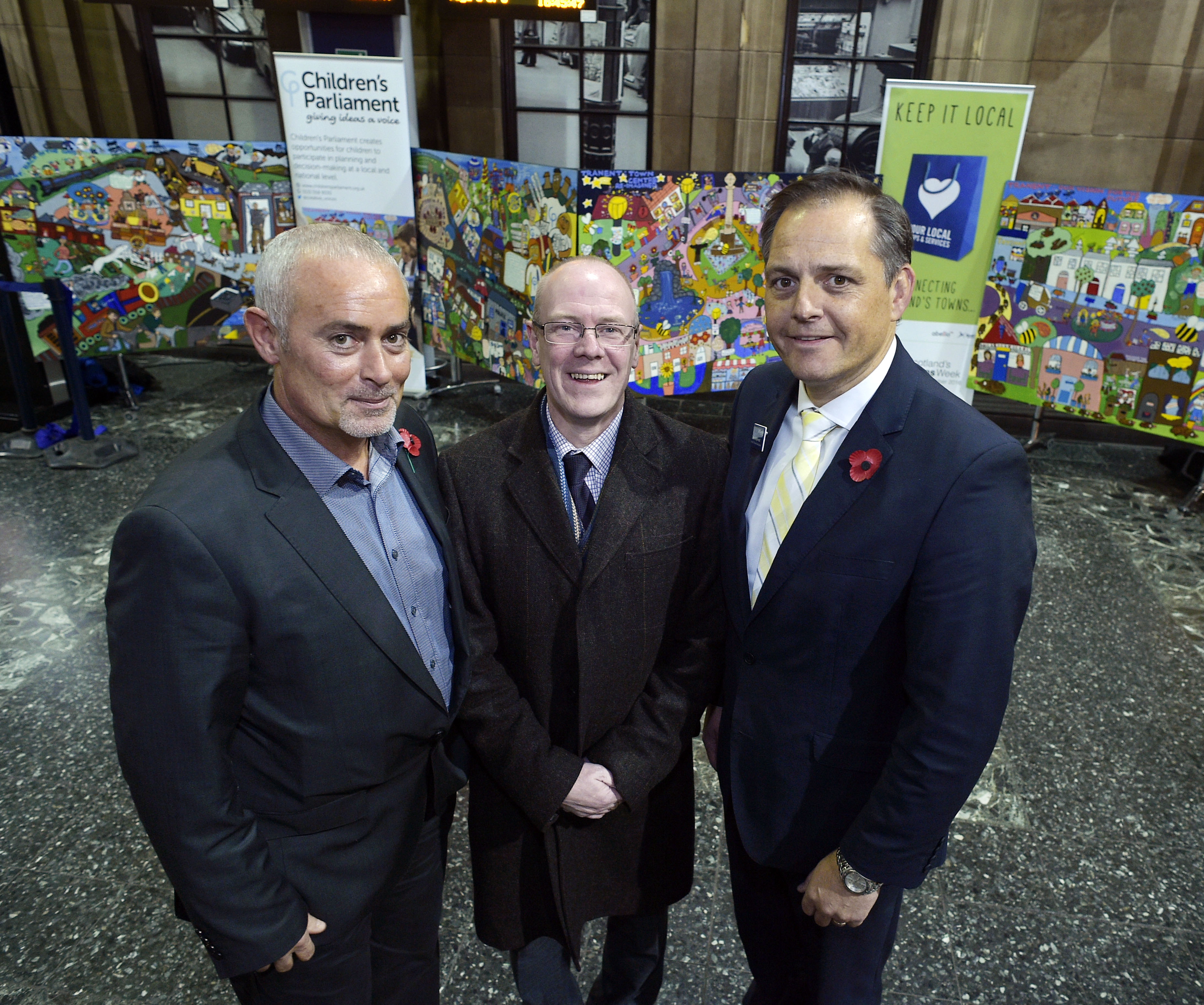 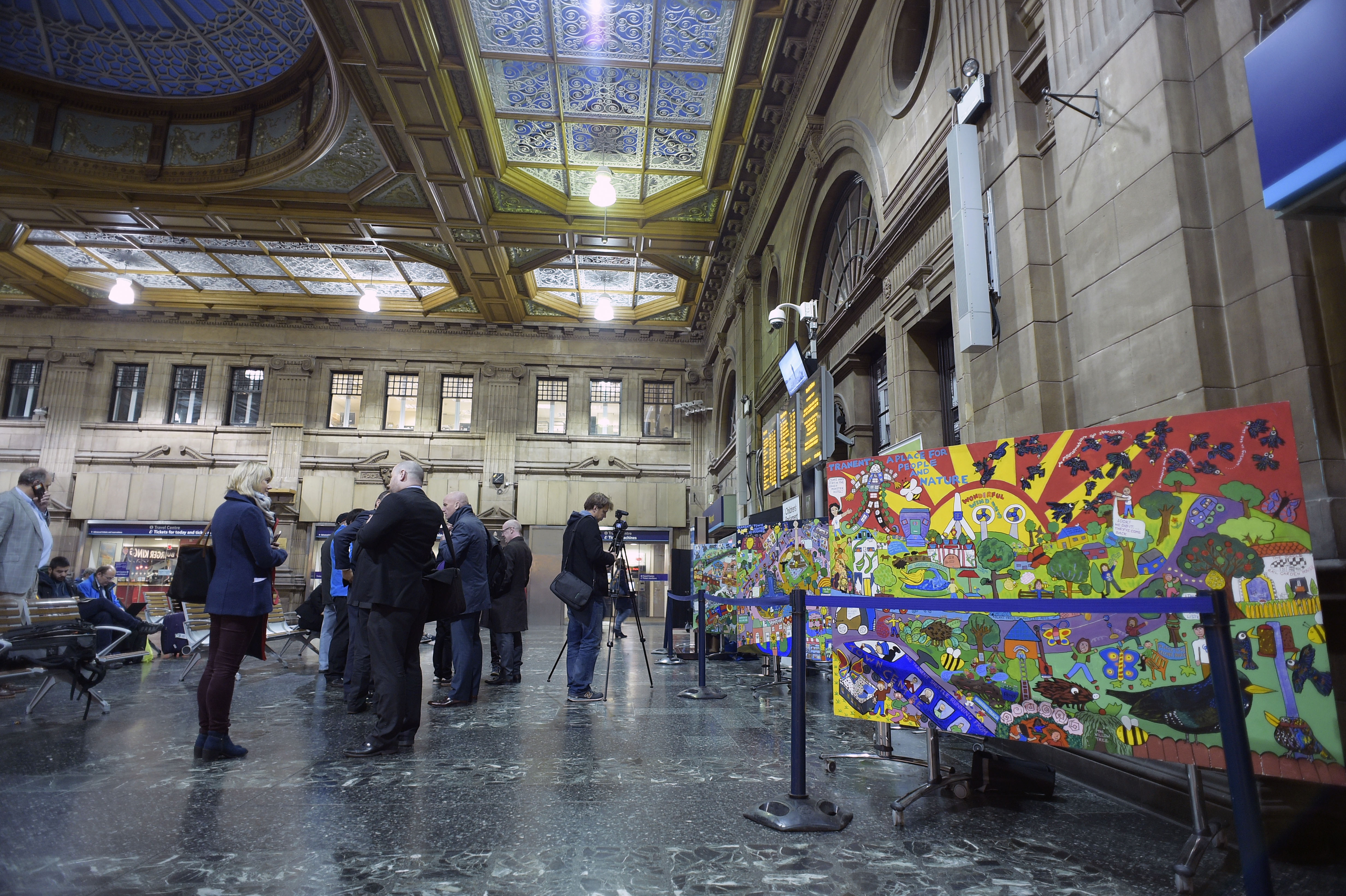 Latest News More
New Funding Available to Help Scottish Businesses Save Energy
Join National Efforts to Get Your Corner of Scotland Buzzing
Summer Clean: Get Involved in Action to #CleanUpScotland