Is the night-time economy waking up our town centres? 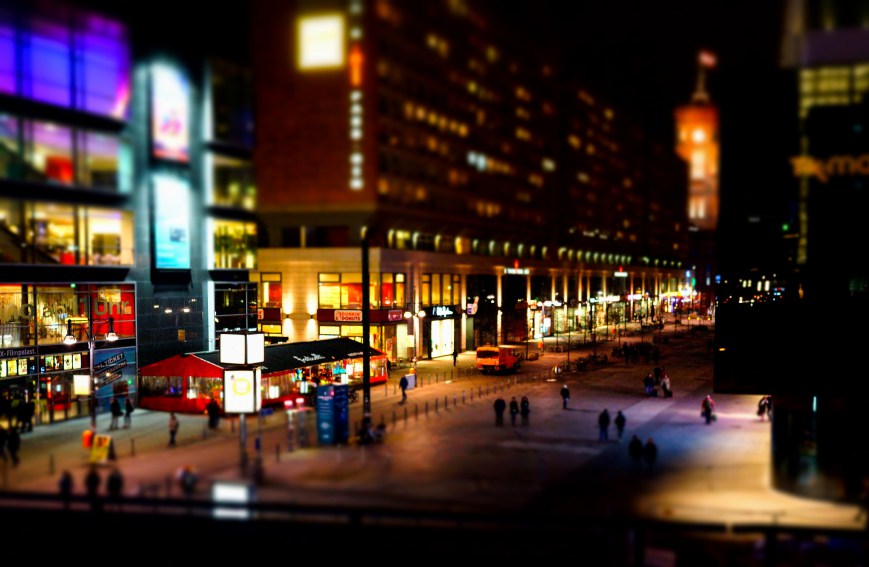 With the extent of town centre decline in recent years, the potential of the night-time economy in the UK has arguably never been more important. Earlier this year, a new industry organisation launched to highlight the importance of nightlife to the economy – the Night Time Industries Association (NTIA). And towns and cities across the UK are continuing to gain Purple Flag accreditation, recognising excellence in the management of town and city centres at night.

The evening and night-time economy is an important driver of tourism, leisure and business growth within our towns and cities. It consists of a wide range of activity in town and city centres between the hours of 5pm and 6am, including pubs, clubs, cafes, restaurants, retail, cinemas, theatres or concerts, meeting friends or attending community events. Balancing the competing demands of economic development, public safety and quality of life can be a challenge however and requires effective partnership working and engagement with residents and businesses.

The NTIA’s new report emphasises the significant economic and social contribution the night-time economy makes to the UK. According to the report, there were 1.5bn day visits to the UK in 2014, 300 million of which had a meal or night out as their focus. Spending on night-time related activities represented 21% of the £52bn spent on day visits.

Offering a range of cultural activities can attract a more diverse population to urban centres later into the evening, including families and older people. It can also enhance their international appeal.

Manchester City Council recently highlighted the benefits of the city’s 24 hour offering. It estimated that 150,000 people visit the city centre each weekend to take advantage of its nightlife.

London is set to join New York, Chicago, Stockholm, Copenhagen, Berlin and Sydney, by offering a new Night Tube service. It has been estimated that the new service will lead to a gross impact of 1,965 permanent jobs, with the net additional output equating to an additional £360m.

Despite the obvious potential, the NTIA argues that regulation and a culture of fear remains a barrier to realising this potential. Negative perceptions related to crime, anti-social behaviour and alcohol-related violence are often highlighted by the media as typical features of the night-time experience.

Alcohol-related anti-social behaviour has long been recognised as a challenge for the night-time economy. Nevertheless, such behaviour has actually been in decline in recent years. Recorded crime is currently 38% lower than in 2002-03 and, of all the incidents, fewer than one in five occurs in pubs.

Indeed the last decade has seen much progress in the organisation, regulation and control of town centres after hours.

The Licensing Act 2003 and Licensing (Scotland) Act 2005 abolished set licensing hours in England and Wales, and Scotland in an attempt to make the system more flexible and reduce problems of drinking and disorder associated with a standard closing time. The Act gave licensing authorities new powers over licensed premises, whilst giving local people more of a say in individual licensing decisions, in the hope that in the longer term its provisions, together with other government initiatives, would help to bring about a more benign drinking culture.

With regard to alcohol policy, various initiatives have been used to engage the industry in local partnerships, including:Best Bar None, Pubwatch, Community Alcohol Partnerships and Purple Flag. Since Doncaster introduced the Best Bar None scheme in 2006, violent crime has fallen by over 40% in the town centre in the evening.

Business Improvement Districts (BIDs) have also been important. The first BID dedicated to the night-time economy was created in Nottingham in 2006. By 2009, Nottingham had become a Beacon City for its work on managing the night-time economy, achieving Purple Flag status the following year, which it has successfully retained every year since 2010. The BID’s budget, paid for by a 1% levy on business rate payers, raised about £260,000 a year. It supported events like the food and drinks festival, paid for taxi marshals on Friday and Saturday nights, introduced and supported Best Bar None and commissioned murals for vacant units in the city centre.

Newcastle’s BID, NE1, launched the ‘Alive after Five’ initiative in 2010 aimed at encouraging greater use of the city centre in the early evening gap between the day-time and night-time city. It is estimated to be worth £350m and has attracted an additional 7.9m additional visitors in to the city post 5pm.

As our briefing concludes, although there are inevitable costs involved in developing the night-time economy, the evidence suggests that these are outweighed by the benefits. Research undertaken in Sydney shows that the annual principal costs of managing the night-time economy are hugely outweighed by the turnover of businesses at the heart of the city – $127m and $2.7bn dollars respectively.