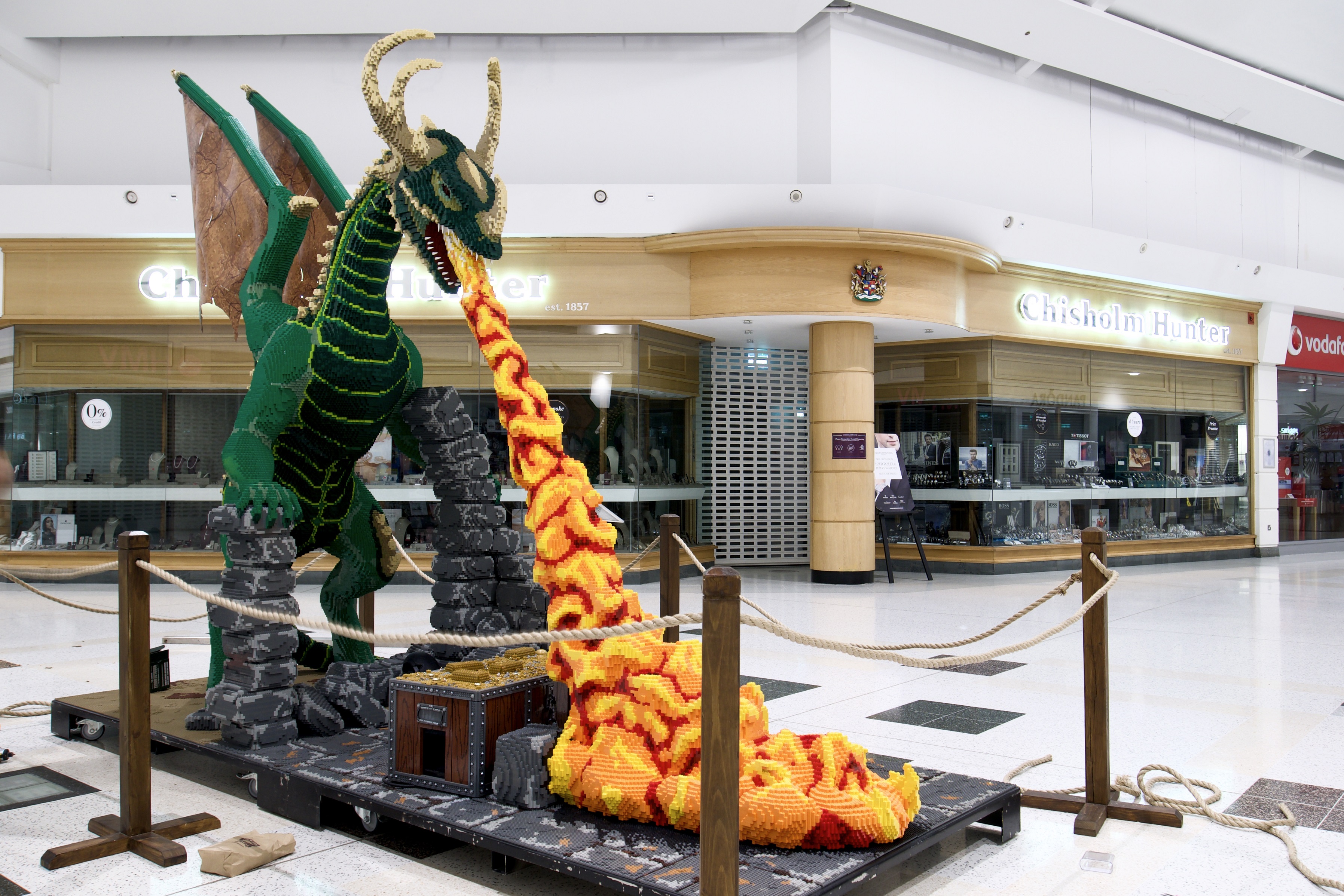 Go Forth Stirling BID has brought Bricklive’s Fantasy Kingdom tour - a toy brick trail of swords and sorcery – to the city centre to entertain residents and visitors during the October half-term break and beyond.

The free adventure Trail, which runs from today (Friday October 8) until Sunday October 24, is a fantastical quest which sees Princess Orra fight to save the Brick Kingdom and defeat the evil Baron.

Many of the amazing characters, including Princess Orra and the huge, fire-breathing green dragon Tarygon, take pride of place in the Thistles which is partnering with Go Forth on the initiative.

More life-sized models – such as Abbra the Wizard, Sir Barriston the Knight, Chester the Jester – can be found by following the Trail around the city centre and visiting Stirling’s wide range of retailers including Stirling Gin, Archies Pet Shop, TJs Restaurant and CR Cycles.

There are more than 40 brick sculptures making up the medieval fantasy land to discover at 20 different locations around Stirling.

Danielle McRorie-Smith, Project Director at Go Forth Stirling, said: “The October school holidays are fast approaching and we’re delighted to offer the city this breath-taking event free of charge.

“This is an exciting family activity which will be enjoyed not just by children – but by those of all ages.

“It’s also a great opportunity for people to see what Stirling has to offer and to visit some of our wonderful independent shops and cafes as they follow the Bricklive Fantasy Kingdom Trail around the city.”

Gary Turnbull, Centre Director at Thistles, said: “We are thrilled to welcome the

amazing sculptures from Bricklive’s fantastic Fantasy Kingdom this October and

encourage everyone to come down and get their selfies with the Green Dragon and on the Royal Throne.”

The Trail is free but anyone wishing to take part should order their tickets and map in advance here - https://bit.ly/3mt1djw

The map details the venues for the brick figures so families can follow the clues to reveal the Baron’s plans and help Princess Orra thwart them - returning her father’s kingdom to peace and prosperity.

Participants can upload an image of themselves on the trail and use the hashtag #BrickLiveStirling to enter a prize draw to win £300 worth of Harry Potter Lego, courtesy of Go Forth and the Thistles, with the winner randomly selected on Monday October 25.

Go Forth Stirling BID was set up in 2017 and currently represents more than 600 local businesses with a key objective of delivering projects and services which improve Stirling’s trading environment to benefit businesses, shoppers and visitors.

The company will go to ballot next Spring in the hope of securing a further five-year term.