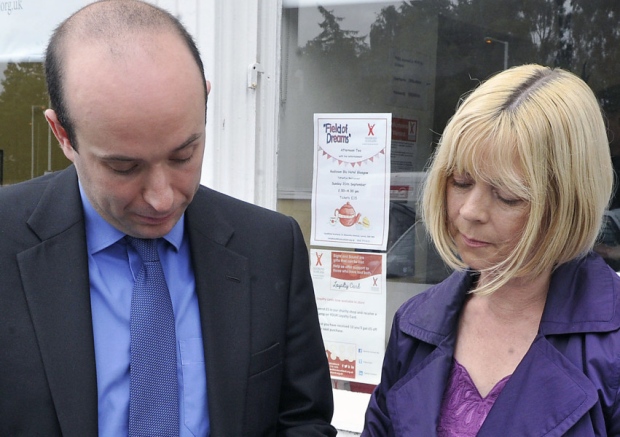 The council must ensure its planned shared space scheme for a town centre reflects what people want, a Scottish minister said this week.

Mr Biagi spoke to the Herald during a visit to the charity Deafblind Scotland in Lenzie.

When asked about the scheme which takes in the busy junction at Catherine Street, he said: “The Scottish Government doesn’t manage nor should it manage every high street in Scotland. This is a decision for East Dunbartonshire Council.”

However, he added: “There are strategies to ensure town centres are accessible to pedestrians but that has to include people with disabilities as well.

“The new Community Empowerment (Scotland) Act which comes into being in the spring, makes it clear public bodies should support participation for all.

“These bodies must make sure the decisions they take are the best decisions and reflect what people want.”

The scheme has encountered widespread criticism and protests from the public, particularly from disabled campaigners, who handed in a petition with 3,500 signatures to the council. As part of the project, the council wants to remove traffic lights, safety barriers and drop kerbs.

Sandy Taylor of East Dunbartonshire Visually Impaired Forum said: “Any legislation which empowers the community is most welcome as it will prevent the council from imposing a dangerous, non-inclusive and fundamentally flawed scheme.

“The shared space scheme would already be in breach of The Equality Act, as it would exclude many visibly impaired, disabled and elderly pedestrians from accessing many areas of the town centre. It would also contravene this new Act for similar reasons.”

Councillor Rhondda Geekie, Leader of East Dunbartonshire Council, said: “The redesign of the Catherine Street junction has been influenced by wide-ranging engagement with the public, traders and local groups.

“Extensive consultation resulted in significant amendments, including the addition of pedestrian crossings on Catherine and Kerr Streets.

“As an authority we are committed to ensuring the improvement works will comply with national safety, equality and access legislation, and guidance.”