Paisley launches bid for £80,000 a year executive to head City of Culture bid 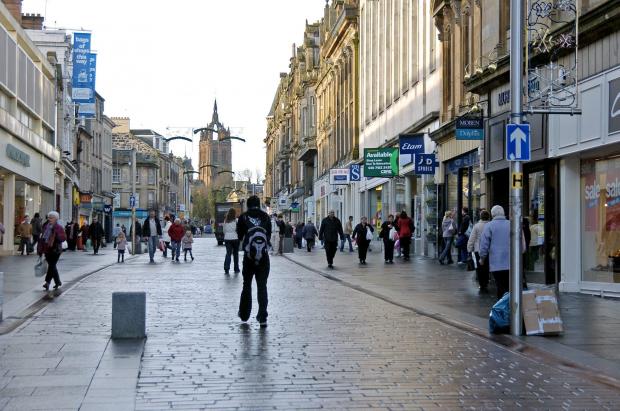 A SEARCH has been launched for a highly paid executive to head up Paisley's bid to be named UK City of Culture in 2021.

Renfrewshire Council are recruiting a project director to oversee the process on an annual salary of up to £84,000.

It comes months after the local authority said it would be bidding for the title - held by Glasgow in 1990 - as part of "far-reaching regeneration plans...to put the town on the map as a cultural and tourist destination".

The candidate will be expected to spend the next two years leading the bid and developing a cultural programme capable of winning the title.

Although technically no a city, Paisley meets the criteria as the title is open to any large urban area. An advert for the job details the qualities which will be required to lead the bid.

It says: "As a mark of our ambition, we want Paisley, the home of the Paisley Pattern and a town rich in culture, heritage, history and learning, to be the UK City of Culture in 2021.

"We are looking for an equally ambitious Project Director with the skills and experience to lead, manage and champion a winning bid which will deliver maximum social value and economic benefit for Paisley and Renfrewshire.

We’re looking for someone with vision, energy and commitment to work with our enthusiastic board and develop a winning bid that delivers a step change for Paisley and Renfrewshire."

The UK City of Culture programme runs on a four-year cycle and was launched in 2009, with Derry/Londonderry in Northern Ireland the first city to be granted the title.

Dundee made a bid to be UK City of Culture in 2017, but lost out to Hull. The 2021 winner will be announced in two year's time.

Paisley is the only city or town in Scotland to so far enter the competition, and is currently up against Coventry and Sunderland in England.

Renfrewshire Council Leader Mark Macmillan said: "The next two years are going to be incredibly exciting for Paisley as we prepare the town's bid for UK City of Culture 2021.

"Our ambitious regeneration plans will take our internationally-significant heritage and cultural assets, and place as the one-time home of the world's textile industry, and retell Paisley's unique story to the world.

"All of that and more will feature in a UK City of Culture bid, which we hope will launch us into the international spotlight, re-energise our town centre and rebuild pride in and awareness of all that Paisley has to offer."

He added: "Ultimately this process is for the people of Paisley and it will be shaped by them - but we are looking for someone with the experience and stature to help guide the town through the preparation of an authentic and inspiring bid.

"Once appointed, the Project Director will report to a partnership board featuring council, educational, business and community representatives and we hope to have them in place by the autumn."