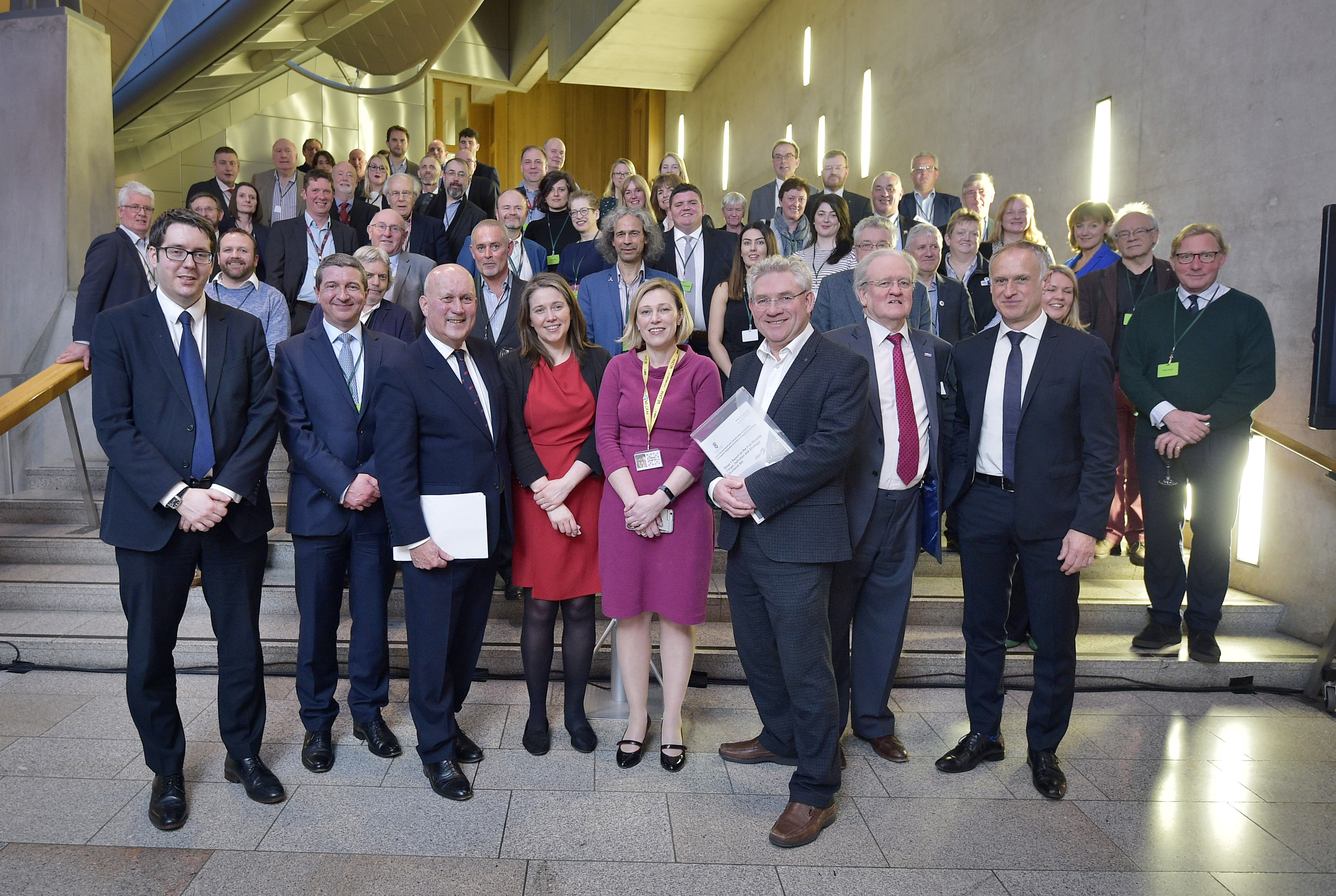 On Tuesday 26 March 2019 the Cross Party Group on Towns and Town Centres hosted its Annual Parliamentary Reception in celebration of Scotland's small and rural towns. You can now read the event report containing photos, Twitter highlights and key points from the evening.

Read ‘A Celebration of Small and Rural Towns’ report here.

Taking place in the Scottish Parliament's Garden Lobby, the CPG Towns Annual Parliamentary Reception was a special gathering of MSPs, support agencies, improvement districts and other local town stakeholders. They came together to celebrate the diversity and importance of Scotland’s small and rural towns.

Keynote speakers gave an overview of the critical social, cultural and economic contribution of Scotland's smaller towns, and highlighted current policies and initiatives to support places and communities. Keynote speakers were:

John Scott MSP, Convenor of the CPG on Towns

5G and What it Means for Places and People in Scotland

Meanwhile a Small and Rural Towns Showcase hosted a number of local organisations and projects, demonstrating positive work and best practice underway in communities across the country.

Taking part in the showcase were:

The parliamentary reception was a unique opportunity for supporters of Scotland's towns to network, learn, and exhange news and ideas. See here for highlights of the reception!