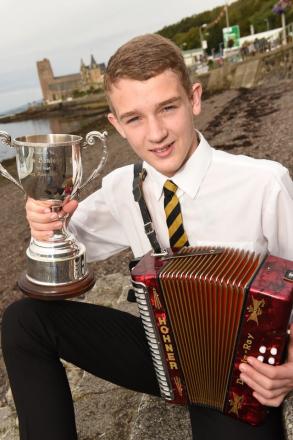 SCOTLAND's biggest Gaelic cultural festival has been declared a 'tremendous' success on its return to Oban for the first time in six years.

Thousands of competitors have converged from as far afield as Canada, the USA and Germany for the Royal National Mòd, which ran until Saturday.

A Glasgow accountant won the title of best overall piper on the opening day of competitions at the Royal National Mòd in Oban on Saturday.

Mr Greenlees, who has been playing the pipes since he was eleven, said: "This is the third time I have won the overall (piping) at the mod.

"I don't know any of my generation in the family that play the pipes, but I had two great, great uncles, who were killed in the First World War within two days of each other, who were both pipers in The Royal Scots."

Chief executive John Morrison said: “It has been a tremendous start.