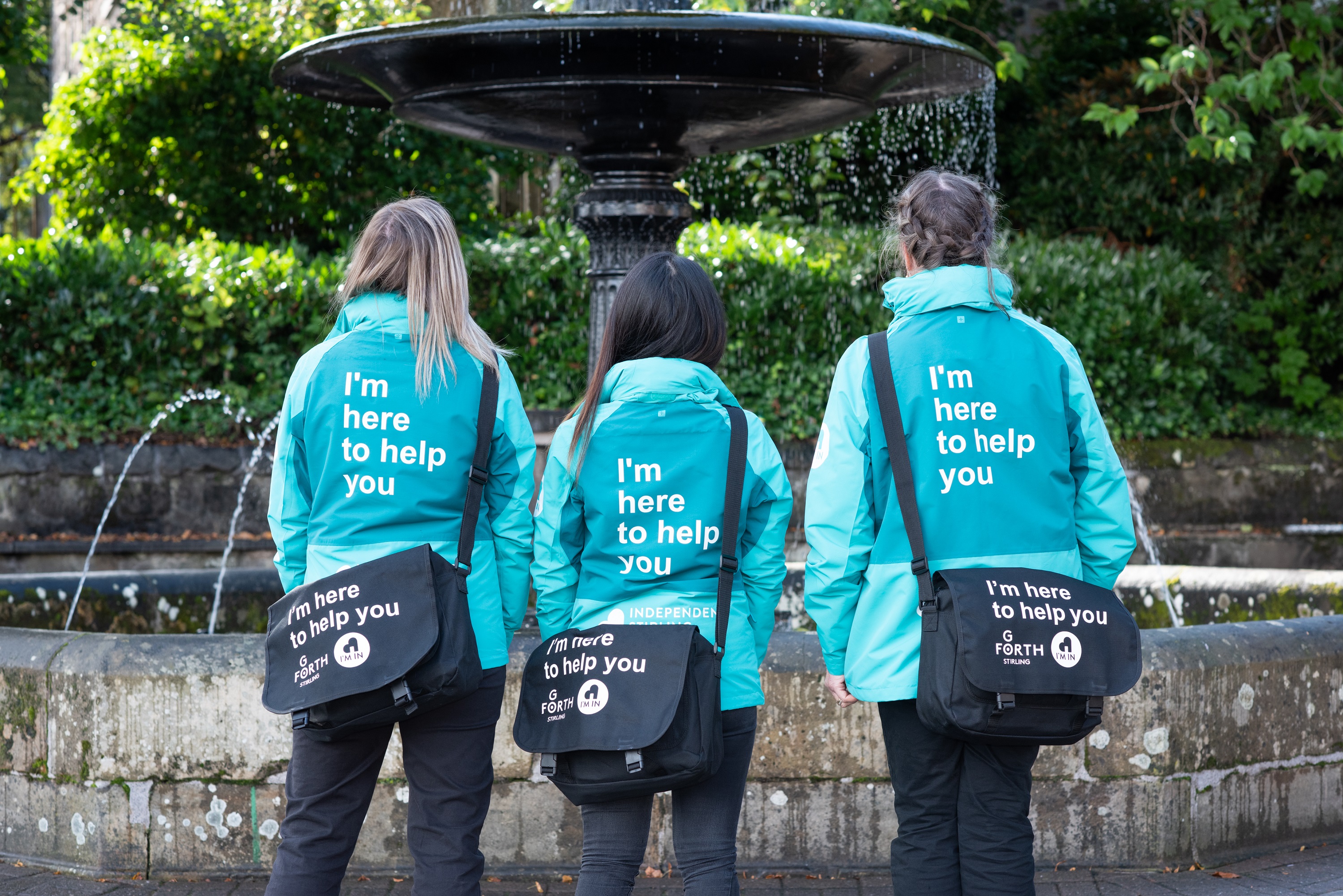 An enthusiastic Go Forth Stirling Ambassador is behind a major drive to clean up the city’s streets and tackle the scourge of graffiti.

Gail Lamb has been on a mission to deal with the graffiti which blights Stirling since she joined Go Forth and has removed scores of tags from street furniture over the past six months.

Now she and the rest of the BID team are urging business owners and residents to help improve the city’s environment by joining the Spring Clean Scotland campaign which launches today.

The initiative, which takes place from March 21 until April 21, is run by Keep Scotland Beautiful who are supporting the Great British Spring Clean alongside Keep Britain Tidy and Keep Wales Tidy.

The organisation is looking for people to organise litter picks and community clean ups as part of the scheme.

Danielle McRorie-Smith, Project Director at Go Forth Stirling, said: “We are so proud of Gail who has been on a mission to clean up Stirling over the past few months.

“Her hard work, passion and dedication to the task of cleaning graffiti tags from post boxes, telephone boxes, bollards, communication boxes and other street furniture has vastly improved the look of the city centre.

“One of the BID’s major areas of focus is to create a cleaner, greener and more inviting city centre which will help increase footfall by bringing more visitors into Stirling.

“We hope Gail’s pride in her city will now encourage others to get involved in the Spring Clean Scotland campaign.

“And we at the BID will also be playing our part by organising a team litter pick during the first week of April and carrying out some minor painting works, including painting the King Street planters, in the city centre.”

The BID, which seeks re-election in May, has also budgeted a considerable sum dedicated to funding street cleaning in the city centre during its next five-year term.

And the team has allocated £50K in shopfront grants to enable business owners to revitalise their shop entrances and enhance Stirling’s overall appearance.

Work is due to begin on the shopfronts next month while the Street Stories project – which sees vacant shop units transformed into animated works of arts – is being expanded to cover several premises which are currently empty.

Meanwhile, Gail and her fellow Ambassadors will continue their efforts to monitor and tackle any environmental and anti-social issues they spot during their regular patrols of the city.

Gail says: “I don’t like seeing the defacement which graffiti tags cause in the city centre and I don’t mind getting my hands dirty so this is something practical I can do to help improve the overall look of the city.

“I like being active and physical in my work so the Ambassador’s role really suits me and I am enjoying the job.

“It’s great to get out and get on with a task like this and see what we can achieve – getting rid of graffiti and making something look more pleasing gives me a real buzz.

“We all have our part to play and it’s great that we can all work as a team and contribute to improving Stirling’s environment.”

Go Forth Stirling was set up in 2017 following a vote among city traders with the next poll taking place between late May and early July.

A successful renewal ballot will allow the BID to continue funding current projects, such as free Wi-Fi in the city centre, the training platform which offers more than 20 essential courses free to business owners and the team of Ambassadors, as well as developing new initiatives to support the business community.