An opportunity to see Transformation in Action.  These study tours form the final session of the WTLS Day 2 Programme and can be booked along with your World Towns Leadership Summit 2016 ticket, here. 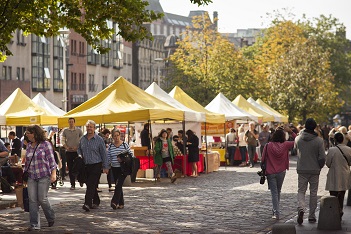 Steeped in some of Edinburgh’s greatest history, Greater Grassmarket is only a minutes' walk from the popular Royal Mile and visitor favourite, the National Museum of Scotland.

Stroll along the old George IV Bridge, where you’ll meet the famous Greyfriars Bobby, before walking through some of Edinburgh’s oldest and most photographed streets including Candlemaker Row, Victoria Street, West Port and our famous view of the great Edinburgh Castle.

A vibrant and popular meeting place for visitors and locals alike, you can soak up the medieval atmosphere of the Greater Grassmarket with its splendid views of the nearby castle.

Powerhouse of the Scottish economy and successful host of the 2014 Commonwealth Games. Glasgow is the cultural, sporting and academic heart of Scotland and one of Europe’s most vibrant and cosmopolitan cities. 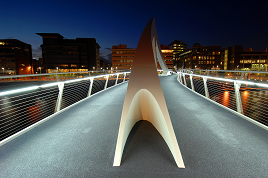 Scotland’s largest city, with a population of nearly 600,000, Glasgow contributes approximately 19.25 billion GBP in GVA to the Scottish economy annually. Almost 17,000 companies make their home in Glasgow; together they generate a turnover of 31,101 million GBP each year.

Glasgow is rapidly becoming a smart city of the future, positioning itself at the forefront of technology integration and application.

On the Glasgow Study Tour you will have the opportunity to hear about the history and transformation of Glasgow City Centre, about the new City Strategy 'Getting Ahead of Change' and about Glasgow's City Deal. Walk through the city centre mural trail weaving through major developments such as the Technology and Innovation Centre, the Merchant City and Saltmarket. Finally, relax in the magnificent City Chambers before returning to Edinburgh.