The entrepreneurial low-down on the High Street 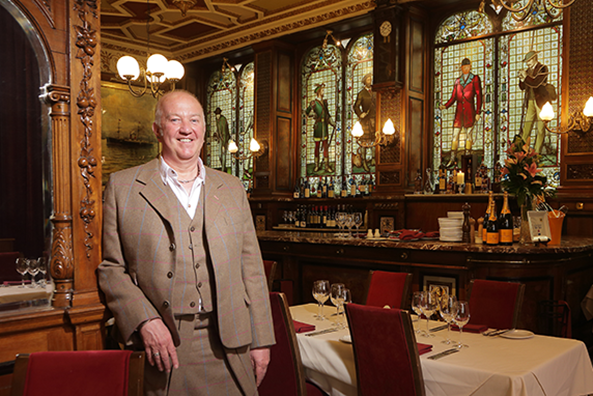 BQ Editor Kenny Kemp speaks to Iain Scott and reports on a little local difficulty in Crieff that might be aided by the Can Do Innovation challenge.

In Crieff, the Drummond Arms Hotel has become a derelict eyesore in this picturesque Perthshire town.

Crieff Community Trust (CCT) had been in talks with the Royal Bank of Scotland with a view to establishing a Community Right to Buy (CRTB) that would enable a long-term solution to be found for the hotel.

Ailsa Campbell, chairman of CCT, expressed her exasperation to BQ about how a positive scheme – supported by 22% of the local electoral role in Crieff – had become stuck. “We’ve had massive local support to do something about the hotel. We’ve won the Community Right to Buy yet we have hit a brick wall. It has all been depressing. At the moment, we have a ‘watching brief’.”

The group sent its proposal, along with required signatures contained in a petition, to the Scottish Government, with the aim of finding a community or multi-purpose use for the James Square premises. Last December, a meeting between the trust’s representatives, Perth and Kinross Council, and Strathfare Ltd, the current owner of the derelict hotel, took place at Crieff Hydro.

Mrs Campbell said that the Royal Bank of Scotland, rather than helping the local community, closed the branch attached to the hotel and sold it to Strathfare.

Ranjeet Singh, a Strathfare director, and Sohan Singh, its former owner, told the meeting they intend to have the building wind, watertight and structurally safe, by the end of April, although the trust maintain the hotel is in a sorry state.

The building, estimated to be worth between £450,000 to £500,000, is not up for sale or being marketed, as the owners say the market isn’t conducive to achieving what they believe it is worth. Mrs Campbell reckons a further £4m will be required to refurbish the building and bring it back to life.

According to a minute “The owners made it clear that, for now, they did not intend to do anything that would trigger the CRTB, as they would be looking to achieve significantly greater than its current market value, and they would be happy to retain the property for years, until the property market had improved.”

This kind of stalemate in Crieff only heightens the importance of a project that aims to unlock the enterprise talent of Scotland’s towns to help to boost High Street economies and revive community spirit. The Scotland Can Do Innovation Challenge, supported by the Scottish Government’s £3m Scotland Can Do Action Framework, and run by the Scottish Business Resilience Centre in partnership with 1001 Enterprising Scots, is sorely needed.

The project aims to provide a platform to undiscovered entrepreneurial talent. Iain Scott, project designer and director, welcomes this new era of community activism. He said: “There is a new breed of entrepreneur out there in Scotland, driven by pride in where they live and enthusiasm for their local communities. These people want to breathe new life in to unused places and spaces - and that new life will create thousands of opportunities for aspirant entrepreneurs.

“Innovation is everywhere; it’s on the ground and in local communities. It’s not the preserve of universities and academics and agencies. It comes from people who have detailed market knowledge, technical ability and energy – in other words, local people. Many people ask, where do these entrepreneurs come from and what do they look like? They are people who want to do something to change things for the better, and many are entrepreneurs who just don’t know it yet. They are can do” people.”

Between 2014 and 2015 the Scotland Can Do Towns Innovation Challenge has worked with 15 towns – with most of the projects led by volunteers giving up their work and family time to make the place they loved - their town - a better place.

Iain added: “They are a mix of Development Trust Associations, Business Improvement Districts, music projects and people who wanted to do something. What they had in common was imagination and a lot of skills. What they all faced was an obstacle course in making it happen. Over the Can Do Towns programme, we gave them a place and a space to think through their ideas, share their experiences and knowledge and learn new techniques.“

“We are already seeing seriously imaginative projects ranging from a £4.5m conversion of a historic building into collaborative work space, the restoration of a historic mill into new business and employment for local people via a cook school and tourism, down to making a derelict area safe which has increased business for local groups.”

Ailsa Campbell, who has meet with Mr Scott, said: “I think the Innovation Challenge for Scotland’s towns is a great initiative. Iain is doing an important job in highlighting the issues but I think our situation shows that even with massive community support it is not always an easy task.”

Indeed, he wants the kind of positive community spirit that was unleashed throughout the Scottish Referendum campaign to be channelled into helping our struggling towns.