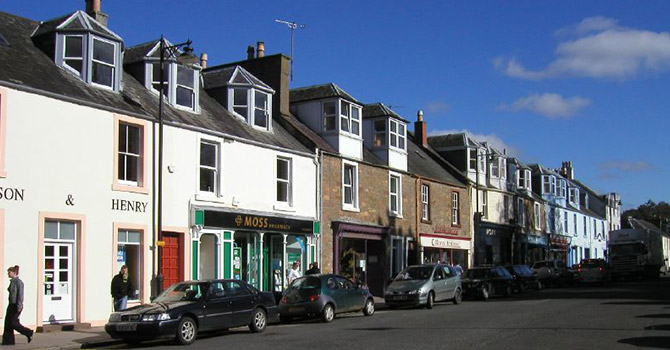 Today Kirkcudbright is known as the Artists’ Town and has at least six galleries.

Kirkcudbright is a town in Kirkcudbrightshire, within the Dumfries and Galloway region of Scotland. The town lies southwest of Castle Douglas and Dalbeattie at the mouth of the River Dee, six miles from the sea. Kirkcudbright became known as the “Artists town” and has been long associated with the art movement of Glasgow. More specifically many artists “colonised” the town as early as 1850. Among the famous personalities that lived and worked there, are two of the “Glasgow Boys”, EA Hornell, EA Taylor and also Jessie M King. Today Kirkcudbright is still known as the Artists’ Town and has at least six galleries. The story of the town's artists is told in the Tolbooth Art Centre, the Hornel Art Gallery at Broughton House and at The Stewartry museum.

This photograph is by John Lord on Flickr and is used with thanks via the Creative Commons CC-BY-2.0 License. We applied a crop to the image.