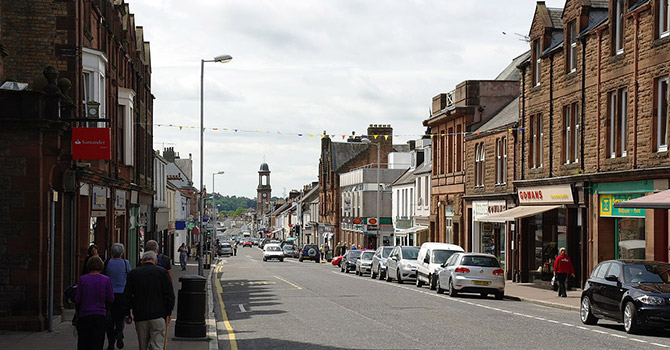 Castle Douglas is an 18th century market town that has been designated as a Food Town with lots of local produce.

Castle Douglas is a town in the south of Scotland which lies in the eastern part of Galloway known as the Stewartry, between the towns of Dalbeattie and Gatehouse of Fleet. It is located next to Carlingwalk Loch. Castle Douglas is an 18th century market town that has been designated as a Food Town with lots of local produce. In fact, there are around 50 local businesses in Castle Douglas that either produce or sell quality food and drink. In addition to that, the town has many independent shops selling a great variety of goods. There are also a variety of establishments providing meals and snacks, and several supermarkets/grocery stores. The vibrancy and appeal of the town lies mainly on its specific designation (Food) a fact that has created great economic benefits for both local farmers and the town centre.

The image above is courtesy of MSDMSD via the Wikimedia Commons, licensed with thanks via Creative Commons (CC-BY-SA-3.0). We applied a crop to the image.