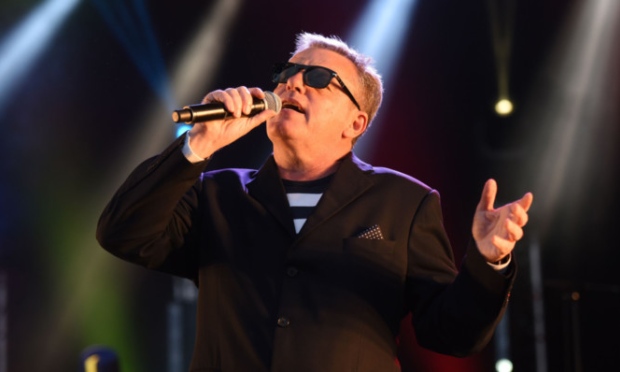 Top music acts like Madness and Status Quo will be appearing in Montrose for years to come.

That is the vow being made by LCC Live director Les Kidger in the wake of Sunday’s party on the East Links.

Ska legends Madness turned the famous dunes in to the House of Fun in front of 8,000 fans in pork pie hats and braces.

Suggs and co performed a packed set of quirky pop classics such as One Step Beyond, House of Fun, Baggy Trousers and Our House.

Mr Kidger said: “There are already offers on the table and it’s only going to get bigger.

“We’re excited to work with Montrose Music Festival’s committee and this is a long-term partnership.

“They are enthusiastic and it’s great to work with people who clearly love what they are doing.

“I think the whole of the music scene in Scotland has to take its hat off to MoFest.”

LCC Live has been involved with Montrose Music Festival since 2013 when Toploader performed at the town hall.

Last year the MoFest headline slot moved to East Links where the open-air venue became a forest of air guitars for Status Quo.

Sunday’s appearance by Madness was even bigger as Suggs and co performed their only Scots date of their Grandslam Madness UK tour.

Mr Kidger added: “Montrose has quickly become one of our favourite venues.

“Our crew come here for the weekend and stay in the B&Bs and we are made to feel so welcome.

“It’s a great crowd and we just love coming back to this part of Scotland.”

The MoFest committee took to social media to thank everyone who came along to the East Links on Sunday night.

A Facebook post read: “It was incredible to see 8,000 people bouncing about the Links. We hope you had a ball.

“The MoFest team would like to thank our pals at LCC Live for all their hard work in bringing us such a professional gig to the town, without whom it wouldn’t be possible.