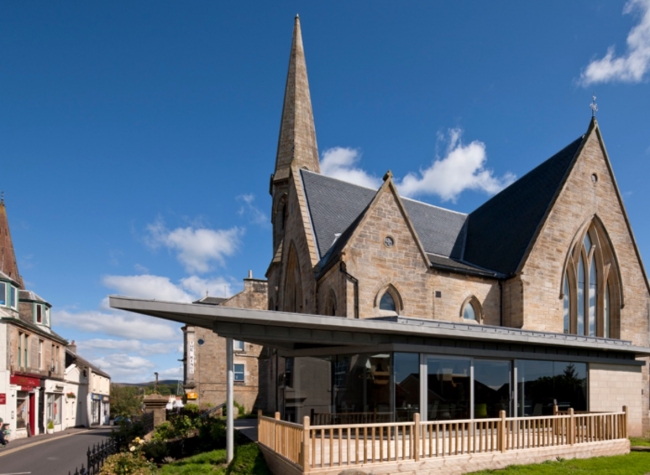 The town’s Initiative group have applied for the Village Great British High Street award, in recognition of their team efforts to revitalise the area.

This includes Main Street, Ritchie Street and Orchard Street. If successful, West Kilbride will win a share of the cash prize pot, and dedicated support and mentoring from industry experts which could range from one-to-one coaching to advice on digital marketing.

The competition is a great way of sharing successful ideas to regenerate high streets and make them vibrant places to shop and socialise.

Kay Hall, chair of West Kilbride Initiative and Craft Town, said: “Main streets are a vital part of our communities and make an important contribution to the economy through the income they generate and the jobs they support in retail, leisure and other businesses.

“There’s a renewed interest in the future of our main shopping streets and this competition is searching for the very best ideas, innovation and creativity.

“This is great news for our village groups and fingers crossed our entry will be successful.”

“There are seven separate categories in recognition of the diversity of Britain’s high streets including city centre; town centre; market town; coastal community; village and parade of shops.

The public can support the town’s nomination at www.thegreatbritishhighstreet.co.uk and if shortlisted will be able to vote for their favourite high street. Nominations are open until 2 September.

In the past, West Kilbride was a thriving coastal town, but by the mid 1990s, the town’s fortunes had taken a serious decline, with 21 out of 40 retail businesses having ceased trading.

It was in 1996 that West Kilbride residents and politicians alike came together to address the problem, and West Kilbride Community Initiaitve Limited was formed in 1998. The creation of Scotland’s only designated Craft town has underpinned a turnaround in business fortunes in the retail and community hub of West Kilbride.

The Moffat Charitable Trust purchased and refurbished the first two studios on behalf of the initiative group. There are currently eight studios, a contemporary exhibition gallery and a gift shop within the town.

Kay added: “This innovative community led project is an inspiration to North Ayrshire and its people because the creation of Craft Town Scotland has managed to turn local economic problems into positive enterprising action. It may not be a huge commercial project, but the Craft Town has added real artistic and cultural value to the area, bringing long-term and deeply felt changes to the local economy. Jobs have been created and secured, and the quality of life for the people of West Kilbride is better.”