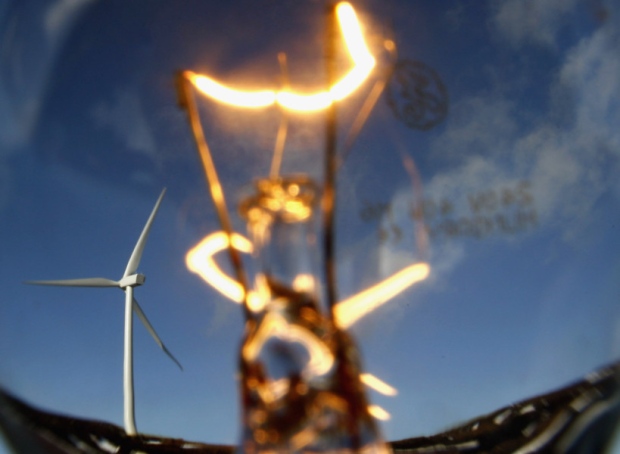 Scottish councils could lose out on £44 million of scarce income under UK government plans to scrap subsidies for wind farms.

Dozens of jobs could also be at risk under the UK government’s plans to ditch £800 million of support a year early for onshore turbines.

The announcement last month was welcomed by anti-wind farm groups who say they have scarred Scotland’s countryside in recent years as “subsidy chasers” flock to erect turbines on hills and moorland.

A new report by industry body Scottish Renewables reveals local authorities have already invested more than £650,000 in site investigation and pre-planning work on publicly owned wind farm projects. But these are now facing the axe because the subsidy regime has ended.
A survey carried out by the Association for Public Service Excellence for Scottish Renewables also found that 30 jobs are at risk across the five Scottish councils who responded if tabled wind projects are scrapped.

Joss Blamire, senior policy manager at Scottish Renewables, said: “Given the pressures on local authority budgets, many have looked elsewhere for income. Renewables not only allow Scotland’s cities and towns do their bit to cut the carbon emissions which are causing climate change, but also support almost 12,000 Scottish jobs. With the premature end of one renewables support scheme already announced last month (18 June) and two others – Contracts for Difference and the Feed-in Tariff – the subject of significant uncertainty, councils have been left in limbo.

“That means more than £650,000 of public money which has already been spent, not to mention projected incomes in the tens of millions of pounds, could now be lost if the UK government doesn’t urgently reconsider its position.”

The survey found 25 wind turbines were planned by the five Scottish councils who responded.

Glasgow City Council currently operates a single turbine at Cathkin Braes, on the southern edge of the city, which provides an example of the problems faced across the UK. Plans for 11 more wind turbines on sites around the city were all at the pre-planning stage, and the authority was about to commit £70,000 on feasibility studies to see if they could go ahead.

Those plans, which could have brought in around £11 million over the 20-year life of the turbines, are now on hold.

Glasgow City Council leader Councillor Gordon Matheson, who is also chair of the Sustainable Glasgow partnership, said: “Glasgow aims to lead the way in using new green technology in our city to improve the environment, create jobs and reduce our carbon footprint.

“Our wind turbine at Cathkin Braes, which is a joint venture between SSE and the council, pays a dividend to a local community trust to support local projects. I have also pledged that revenues from renewable projects will be directed to supporting Glasgow’s affordable warmth strategy, with a particular focus on our most vulnerable residents.

“Our plans to increase the number of wind turbines in the city now face uncertainty due to recent policy changes and, due to these changes, the community benefits, which would help local people and their neighbours grow and prosper, are at risk.”
SOURCE: http://www.scotsman.com/news/environment/wind-farm-subsidy-axe-to-cost-scots-councils-44m-1-3834131
Latest News More
Scotland Loves Local Glasgow Gift Card breaks UK records
Bidding opens again for £4.8 billion levelling up fund
85,000 Scotland Loves Local Gift Cards to help low-income households and boost business